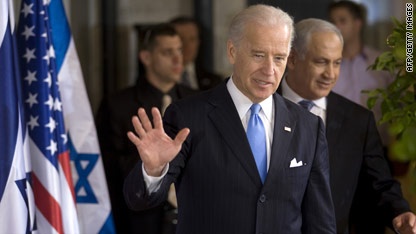 Vice President Biden is visiting the Middle East this week

Biden in the Middle East

Vice President Joe Biden will speak at Israel's Tel Aviv University about the ties between the two countries, before taking questions from students in the audience.  Later, he heads to neighboring Jordan where he will meet with King Abdullah.