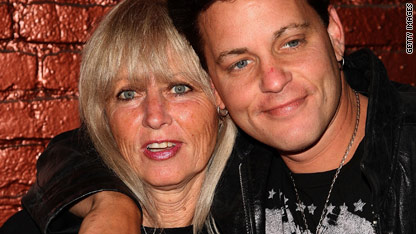 Corey Haim, 38, died after collapsing in the apartment he shared with his mother, Judy Haim.

The autopsy on Corey Haim revealed the actor's heart was enlarged and his lungs were filled with water when he died, Haim's manager said.

Heaslip said this was evidence that Haim's death was not caused by a drug overdose, but Brian Elias with the coroner's office said they are waiting for toxicology tests before deciding what killed Haim.

The 1980s teen movie actor, who struggled for decades with drug addiction, died early Wednesday after collapsing in the Los Angeles apartment he shared with his mother, authorities said.

A huge statue of Jesus Christ is under construction in southern Brazil, and it will be even taller than its famousŌĆtwitter.com/i/web/status/1ŌĆ”CY
cnni