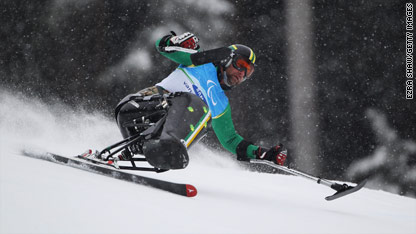 The Paralympic Games begin in Vancouver, Canada, between athletes with disabilities from 45 countries.  The Games will last through March 21.  Click here for a full schedule

Former aide to presidential candidate John Edwards, Andrew Young, and his wife have until today to hand over copies of a purported sex tape allegedly made by Edwards and his mistress.  They face jail time for contempt of court if they do not comply.

California Republicans will start gathering for their annual three-day meeting in Santa Clara.   Gubernatorial candidates Meg Whitman and Steve Poizner will be there, but not the current governor.  Arnold Schwarzenegger reportedly has a scheduling conflict.

There's a court hearing scheduled for a former high school chorus teacher in Decatur, Georgia, who is accused of allowing students to perform a “Chippendale-style” dance routine in class. He is charged with public indecency and contributing to the delinquency of a minor.