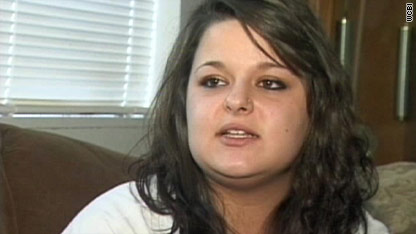 A Mississippi High School faces a lawsuit over its decision to cancel its prom rather than allow a lesbian high school student attend with her girlfriend.

The lawsuit, filed by the American Civil Liberties Union, alleges that officials at Itawamba Agricultural High School in Fulton, Mississippi, are violating the student's First Amendment right to freedom of expression.

The ACLU asked the U.S. District Court for the Northern District of Mississippi to reinstate the prom.

"All I wanted was the same chance to enjoy my prom night like any other student. But my school would rather hurt all the students than treat everyone fairly," said the student, 18-year-old Constance McMillen, in an ACLU news release. "This isn't just about me and my rights anymore – now I'm fighting for the right of all the students at my school to have our prom."

Officials at the Itawamba County School District were not immediately available for comment.

A huge statue of Jesus Christ is under construction in southern Brazil, and it will be even taller than its famousâ€twitter.com/i/web/status/1â€¦CY
cnni

1:26 am ET April 13, 2021 RETWEET
@donie And you know I think you are an amazing reporter and person. So itâ€™s a mutual appreciation tweet.
sarasidnerCNN

1:06 am ET April 13, 2021 RETWEET
A group of archaeologists has found the largest ancient city ever discovered in Egypt, dating back 3,000 yearsâ€twitter.com/i/web/status/1â€¦3O
cnni