R. Kelly has been placed on suicide watch at the federal detention facility in New York where he is being held afteā€twitter.com/i/web/status/1ā€¦zF

US basketball star Brittney Griner, accused of having cannabis oil in her luggage, arrives for her trial at a courtā€twitter.com/i/web/status/1ā€¦Az

RT @CNN: Rep. Judy Chu of California was among the more than 100 people arrested at an abortion rights protest in Washington, DC, on Thursdā€¦

Ketanji Brown Jackson was sworn as an associate justice to the United States Supreme Court on Thursday, making histā€twitter.com/i/web/status/1ā€¦Pn

Cables caught fire Monday night in Xinmi City in Zhengzhou, the capital of central Henan province, the information office of the Zhengzhou city government said, according to Xinhua.

A rescue operation that ended at about 2 a.m. Tuesday (2 p.m. Monday ET) saved six miners. All miners have been accounted for.

END_OF_DOCUMENT_TOKEN_TO_BE_REPLACED

The yearlong fight over health care reached a fever pitch Monday as President Barack Obama took his call for change to the political swing state of Ohio, slamming insurance companies and repeating his call for a final congressional vote on his sweeping reform plan.

The president's push came as the House of Representatives prepared for an expected vote this week on the roughly $875 billion bill passed by the Senate in December. House Democrats' vote counter Rep. James Clyburn, the party whip from South Carolina, told CNN Monday he was "very comfortable" that the votes to pass the Senate bill in the House were there.

END_OF_DOCUMENT_TOKEN_TO_BE_REPLACED

Boy, 12, charged with murder: A 12-year-old could be tried on charges of murdering his father's pregnant fiancee.

Google may leave China soon: Google appears to be getting closer to shutting down its strictly monitored search engine in China, according to news reports.

Victims with ties to U.S. were targeted, Mexican mayor says

Authorities believe assassins targeted a pregnant woman and two other people connected with a U.S. consulate who were killed in drive-by shootings over the weekend, Ciudad Juarez Mayor Jose Reyes Ferriz said Monday.

The killings were carried out by a local gang, known as Los Aztecas, that is allied with the Juarez Cartel, Reyes told CNN. No arrests had been made by Monday afternoon.

END_OF_DOCUMENT_TOKEN_TO_BE_REPLACED

Preliminary election results released Monday showed Iraqi Prime Minister Nuri al-Maliki's alliance ahead in seven provinces, a slim lead over the next closest group, according to the electoral commission.

More than 60 percent of votes in Iraq's 18 provinces have been tallied, the Independent High Electoral Commission said.

END_OF_DOCUMENT_TOKEN_TO_BE_REPLACED

A priest convicted of sexually abusing children - and whose subsequent move from one location to another the pope approved when he was a German cardinal - has been suspended, his archdiocese announced Monday.

The priest, identified only as H, violated the terms set out for him after his conviction, the Archdiocese of Munich and Freising said in a statement. It did not say what the violation was, but at the time of his conviction by a German court, he was ordered to pay a fine and not work with children again.

END_OF_DOCUMENT_TOKEN_TO_BE_REPLACED

Pentagon shooting: Gun was once in police possession

A gun recovered from this month's shooting at the Pentagon was once in the possession of the Memphis Police Department, a law enforcement official told CNN.

END_OF_DOCUMENT_TOKEN_TO_BE_REPLACED

"Charlie is looking forward to this opportunity to clear his name," Sheen publicist Stan Rosenfield said.

Sheen is charged in an alleged Christmas Day domestic dispute with his wife, Brooke Mueller.

END_OF_DOCUMENT_TOKEN_TO_BE_REPLACED

A federal judge sentenced an Illinois man to two and a half years in prison Monday for taping ESPN sports reporter Erin Andrews through a hotel-room peephole and posting the video to the Internet.

END_OF_DOCUMENT_TOKEN_TO_BE_REPLACED

Toyota challenged a California driver's story of an out-of-control Prius at a press conference Monday afternoon in California.

A Toyota spokesman, accompanied by engineers from the automaker, detailed preliminary findings of a joint investigation conducted by Toyota and the National Highway Traffic Safety Administration into an incident with an alleged out-of-control Prius.

END_OF_DOCUMENT_TOKEN_TO_BE_REPLACED 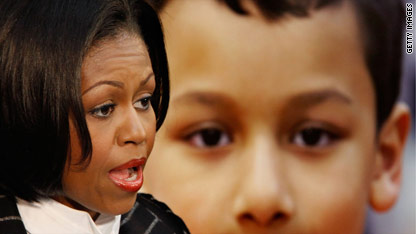 END_OF_DOCUMENT_TOKEN_TO_BE_REPLACED

Update: Tiger returning to golf, but no date set yet 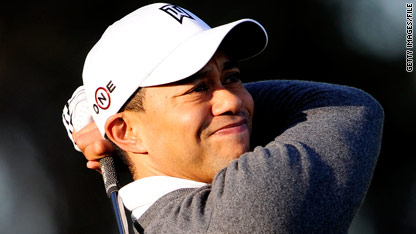 [Updated 2:48 p.m.] PGA Tour Commissioner Tim Finchem said Tiger Woods is preparing to return to golf, but he does not know the specific date or event when that would happen.

"We have the general information that Tiger is preparing to play," Finchem said.

The PGA chief noted that speculation was focusing on Woods returning at the end of March and said if that was the case "then we will know soon."

"He'll give us reasonable notice because we know we've got some preparation to do," he said. "But I don't have the specific date when he's going to come back."

END_OF_DOCUMENT_TOKEN_TO_BE_REPLACED

Senate Democratic leaders are threatening to keep theĀ  Senate in session overnight Monday in an effort to both highlight Republican opposition to and speed passage of a $15 billion jobs bill, leadership aides from both parties said.

Oscar-winning actress Kate Winslet has split from her husband, Oscar-winning director Sam Mendes, after almost seven years of marriage, a lawyer for the couple said Monday.

END_OF_DOCUMENT_TOKEN_TO_BE_REPLACED

[Updated 2:30 p.m.] Sen. Harry Reid spoke on the Senate floor Monday about his wife Landra who was injured and had surgery after she was in a car accident last week. She was released from the hospital Monday.

"We often say the Senate is a family. I'm reminded of it time and time again when both triumph and tragedy unite us. Over the past few days I learned all over again just how close, how genuine, how meaningful that family is," he said. "The tremendous outpouring of support for my wife and daughter from people across Nevada and the nation and from my Senate family has deeply touched all of us."

END_OF_DOCUMENT_TOKEN_TO_BE_REPLACED

The head of a key banking panel on Monday released a draft bill of sweeping regulatory changes aimed at warding off future collapses in the financial system.

END_OF_DOCUMENT_TOKEN_TO_BE_REPLACED

North Korea has granted Swedish diplomats a meeting with an American detained in the country, a U.S. State Department spokesman said Monday.

END_OF_DOCUMENT_TOKEN_TO_BE_REPLACED 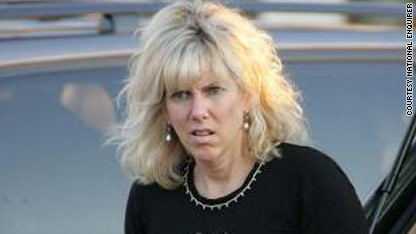 Hereā€™s a quick glance at the collective consciousness of the Web on Monday:

Rielle Hunter: John Edwards' mistress spilled details to GQ magazine, saying that she slept with the former Democratic vice presidential nominee only hours after meeting him in 2006 and that she still loves the father of their child. "You're so hot," Rielle Hunter tells the magazine she said to the former North Carolina senator when she met him at a New York hotel. News of the interview has sent traffic to the magazine to high levels and her name skyrocketing on trends this morning.

#SXSW: The interactive portion of the South by Southwest conference in Austin, Texas, ends today. With some of the most tech-savvy people in attendance, Twitter (and, by extension, foursquare) have been the go-to place for the latest announcements, awards and information out of the conference. Speaking of Twitter, which became a real giant at its first SXSW, the company is expected to announce plans for an advertising platform at the conferenceĀ  today.

END_OF_DOCUMENT_TOKEN_TO_BE_REPLACED

On May 21, 2022, Tom Turcich became the 10th person on record to walk around the entire world, while his four-leggeā€twitter.com/i/web/status/1ā€¦ty
cnni

7:02 pm ET July 2, 2022 RETWEET
US Customs and Border Protection officers seized over $1.1 million worth of narcotics hidden in the panels of a carā€twitter.com/i/web/status/1ā€¦OR
cnni

On May 21, 2022, Tom Turcich became the 10th person on record to walk around the entire world, while his four-leggeā€twitter.com/i/web/status/1ā€¦ty
cnni

7:02 pm ET July 2, 2022 RETWEET
US Customs and Border Protection officers seized over $1.1 million worth of narcotics hidden in the panels of a carā€twitter.com/i/web/status/1ā€¦OR
cnni

8:23 pm ET July 1, 2022 RETWEET
R. Kelly has been placed on suicide watch at the federal detention facility in New York where he is being held afteā€twitter.com/i/web/status/1ā€¦zF
cnnbrk

1:16 pm ET July 1, 2022 RETWEET
US basketball star Brittney Griner, accused of having cannabis oil in her luggage, arrives for her trial at a courtā€twitter.com/i/web/status/1ā€¦Az
cnnbrk