India aborted a test of its homegrown missile interception system Monday as a target missile used in the experiment malfunctioned and lost track, defense officials said.

END_OF_DOCUMENT_TOKEN_TO_BE_REPLACED 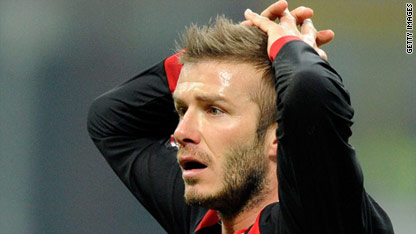 It lacks the mega-fanfare of Selection Sunday but tonight (7 p.m.) invitations get handed out for the NCAA women’s basketball tournament, the signature event on a light day in sports. Some other highlights: (all times Eastern).

Mario Ancic vs. Rafael Nadal, third round, BNP Paribas Open in Indian Wells (3 p.m.-7 p.m., FSN): World No. 2 Nadal says he always feels at home at Indian Wells and faces the talented but struggling Croat with an interesting backstory: The 25-yar-old Ancic missed much of 2007 and 2008 being diagnosed with mononucleosis and used his time away to finish law school at the University of Split in Croatia. One thing to keep in mind: Nadal is just  3-2 lifetime against Ancic.

NCAA Division I Women's Basketball Selection Show (7 p.m., ESPN): Might as well rename this The UConn Invitational. The Huskies have won 72 games in a row and it’s going to take a monumental effort to prevent then from cutting down the nets in San Antonio on April 6. The top four seeds will be UConn, Stanford, Tennessee and Nebraska.

END_OF_DOCUMENT_TOKEN_TO_BE_REPLACED

Update: Nor'easter leaves many in the dark

[Updated 11:54 a.m.] Seven deaths have been attributed to the nor'easter affecting the Eastern Seaboard, and more than 300,000 customers remained without power Monday in the Northeast after rain and fierce winds.

In New Jersey, about 100,000 were without power. In Connecticut, the number was 55,101. In Pennsylvania, utility companies had restored power to a majority of residents and counted 328 still in the dark Monday morning.

END_OF_DOCUMENT_TOKEN_TO_BE_REPLACED

Electricity was restored Monday to all of Chile after an overheated transformer cause a blackout Sunday over 90 percent of the country, an official with Chile's largest electric company told CNN's partner network in the country.

END_OF_DOCUMENT_TOKEN_TO_BE_REPLACED

Airports across the Northeast are experiencing delays because of bad weather, according to the FAA.

- Philadelphia International Airport: More bad weather and low ceilings are causing departures out of the airport to be delayed on average 1 hour and 3 minutes.

- Newark International Airport: Low ceilings and weather are causing some flights to arrive about an hour later.

- Boston Logan Airport: Because of weather and low ceilings, the airport has a traffic management program in effect, which is causing some arriving flights to be delayed by about 32 minutes.

Check with your airline or the FAA for up to the minute travel delays.

Google may shut down in China

Google appears to be getting closer to shutting down its strictly monitored search engine in China, according to news reports.

END_OF_DOCUMENT_TOKEN_TO_BE_REPLACED

Two blasts shook a Nigerian government office Monday shortly after a rebel group sent out a message that it had planted bombs around the building, according to officials.

END_OF_DOCUMENT_TOKEN_TO_BE_REPLACED

Catholic Church officials never prosecuted more than half the roughly 3,000 priests accused of sexual impropriety in the past decade, a top Vatican official has revealed.

END_OF_DOCUMENT_TOKEN_TO_BE_REPLACED 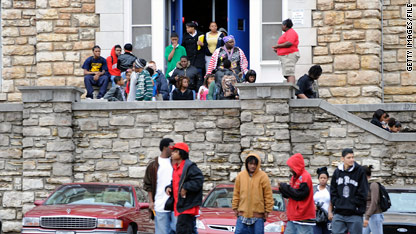 President Obama is set to introduce his plans to overhaul failing schools.

No Child Left Behind - President Obama is set to give Congress a blueprint Monday for overhauling the nation's education system and the No Child Left Behind program in an effort to improve schools, support teachers and set standards that would give high school graduates "the best chance to succeed in a changing world." Randi Weingarten, president of the American Federation of Teachers, said her first look at the plan made teachers the sole "scapegoat" if students' test scores did not improve, much more so than principals, school administrators, parents and the students themselves.

We look at the current state of the educational system, break down what the changes may mean and look at what role the government should play in the best and worst schools in the country.

Health care - President Obama heads to Strongville, Ohio, on Monday, to further push for a health care overhaul on what may be the make-or-break week for health care, especially after Obama canceled his trip to Asia and with the latest deadline for full legislation on Thursday looming.

END_OF_DOCUMENT_TOKEN_TO_BE_REPLACED

Police across Europe arrested 69 suspected members of a Georgian-run mafia, including 24 in Spain, which was leading the investigation, a National Court spokeswoman told CNN Monday.

END_OF_DOCUMENT_TOKEN_TO_BE_REPLACED 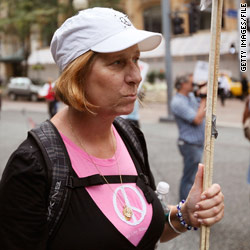 Cindy Sheehan: The anti-war activist — who camped near former President George W. Bush's ranch in Crawford, Texas, five years ago demanding an explanation for her son's death in Iraq — is building a tent city today near the Washington Monument.

The Hill reports Sheehan wants Obama to pull troops out of Iraq, Afghanistan and Pakistan.

The Hill: Sheehan turning attention to Obama, camping out at Washington Monument

END_OF_DOCUMENT_TOKEN_TO_BE_REPLACED

Technicians who tested a Toyota Prius after its owner claimed its gas pedal stuck were unable to recreate the same condition, according to a draft congressional memo obtained Sunday by CNN.

END_OF_DOCUMENT_TOKEN_TO_BE_REPLACED

An update from London on some of the international stories we expect to develop Monday:

Thai protests - Anti-government protesters have threatened to begin collecting hundreds of liters of blood to toss on official buildings as they step up their efforts to bring down Thai Prime Minister Abhisit Vejjajiva's administration.

U.S.-Israel relations - Israel's top envoy to the U.S. says the two countries face the worse crisis in bilateral relations in 35 years. The Israeli prime minister has set up a team to investigate why officials announced new settlement construction in disputed territory while U.S. Vice President Joe Biden was visiting the country.

END_OF_DOCUMENT_TOKEN_TO_BE_REPLACED

Tropical Cyclone Tomas battered Fiji's northern islands on Monday evening with gusts of up to 275 km/h (170 mph), but weather officials had not received immediate reports of damage.

END_OF_DOCUMENT_TOKEN_TO_BE_REPLACED

These days, when everyone seems to have a Facebook friend, is LinkedIn or can Google himself, it's hard to remember the old days, before the dot-com revolution.

END_OF_DOCUMENT_TOKEN_TO_BE_REPLACED

ABBA among Rock and Roll Hall of Fame inductees

ABBA, Jimmy Cliff, Genesis, The Hollies and the Stooges will  become the latest inductees in the Rock and Roll Hall of Fame on Monday,  officials said.

END_OF_DOCUMENT_TOKEN_TO_BE_REPLACED

Egypt has canceled the opening ceremony for a restored historic
synagogue in Cairo in retaliation for restrictions that Israel has placed on a
Muslim holy site in Jerusalem, an Egyptian official said Sunday.