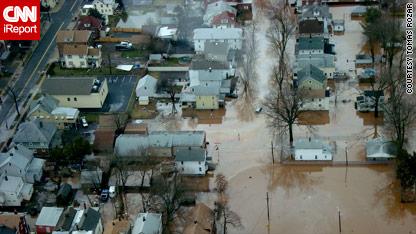 Severe weather - Facing near-record floodwaters, Red River communities in Minnesota and North Dakota raced to shore up levees and dikes early Tuesday, officials said. In the northeastern United States, more than 200,000 customers remained without power after rain and hurricane-force winds whipped the region over the weekend.

Health care - Democratic leaders in the House continue to count supporters as they look toward a vote this week on overhauling the country's health care system. CNN analysis shows that opposition in the House to the Senate health care plan has reached 200 members. That's just 16 votes shy of the 216 needed to prevent President Obama from scoring a major victory on his top domestic priority.

Two groups, meanwhile, plan to protest the Democratic proposals Tuesday morning on Capitol Hill. First up at 9 a.m. is FreedomWorks and many other Tea Party activists in front of the Cannon House Office Building. At 10 a.m.,   activists converge at a "Code Red"  rally to urge members of Congress to "kill" the health care overhaul bill. Key speakers will be Republican Reps. Joe Wilson of South Carolina and Michele Bachmann of Minnesota.

Student loans - Republican education leaders are scheduled to hold a press conference to discuss the proposed inclusion of a government takeover of the student loan program in the pending health care reconciliation package.

Women's fear in Haiti - In makeshift camps in Haiti following the earthquake, protected only by thin sheets that serve as walls, women fear they are prey to rape and violence. Authorities say rape is by no means an epidemic in the camps. Citywide, police say, they have received 20 reports of rape and made 10 arrests. But it is common knowledge among experts that most of these types of incidents go unreported. CNN's Sara Sidner takes us inside the camp and talks to people about what steps are being taken to beef up security.

Feds and financing - Bankers meet Tuesday and are expected to announce a decision on rates around 2:15 p.m. The central bank is widely expected to hold the fed funds rate, a key overnight bank lending rate, steady at historic lows near zero and to indicate that it will continue to do so for the foreseeable future. CNNMoney.com watches the market's reaction and breaks down the decision.