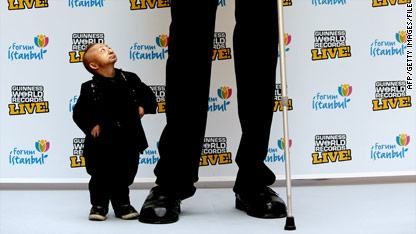 He Pingping, recognized as the world’s smallest man by Guinness World Records, died during the weekend, Guinness said on its Web site.

The 21-year-old native of China was measured at 2 feet, 5.37 inches tall by Guinness in March 2008, the record keepers said.

He was on visit to Italy to appear on a records show when he died, Guinness said. Autopsy results were pending, but Guinness said it was suspected He died of a heart condition.

“Pingping showed us that, despite the challenges we face, we can still make the most out of life, and for such a small man, he made a huge impact around the world,” said Guinness World Records Editor-in-Chief Craig Glenday.

Guinness said it plans a special tribute to He in its next edition and was researching who becomes the world’s smallest man with He’s death.