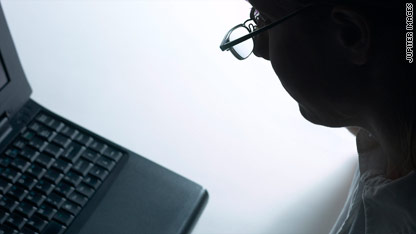 Sentencing begins for Albert Gonzalez, the convicted mastermind of a major hacking scheme in which 130 million credit card and debit card numbers were stolen.¬Ý He faces over 40 years in federal prison for his role in three pending cases, including stealing data from the company that owns T.J. Maxx, Barnes & Noble, and other well-known chains.¬Ý¬ÝRead more

Bidding starts at $1 million for the Internet domain name, sex.com, which goes on the auction block tomorrow.¬Ý It could set a record for the most expensive domain name sold.¬Ý The domain name reportedly¬Ýsold for $14 million back in 2006.¬Ý¬Ý

Hearings resume tomorrow on the possible end to the U.S. military's "Don't Ask, Don't Tell" policy for gay and lesbian service members.¬Ý¬ÝTwo former officers are expected to testify to the Senate Armed Services Committee about how the policy cost them their military careers.

After years of entertaining fans under the big top ‚Äî and a few years in retirement ‚Äî these former Ringling Bros. twitter.com/i/web/status/1‚Ä¶D6qHKe
cnni

9:02 pm ET May 6, 2021 RETWEET
Builders in the English city of Liverpool have unwittingly uncovered a piece of culinary and local history after an‚Ätwitter.com/i/web/status/1‚Ä¶8n
cnni

8:27 pm ET May 6, 2021 RETWEET
Germany is resisting momentum to lift patent protection for Covid-19 vaccines, saying that a US decision to support‚Ätwitter.com/i/web/status/1‚Ä¶GZ
cnni

8:11 pm ET May 6, 2021 RETWEET
A cryptocurrency that looks and sounds a lot like bitcoin has creeped up into the top 10 biggest digital currencies‚Ätwitter.com/i/web/status/1‚Ä¶8K
cnni