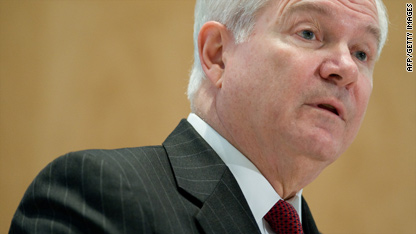 Defense Secretary Robert Gates is expected to make an announcement on the U.S. military

The Department of Energy's 15-member blue-ribbon commission is expected to hold its first hearing to consider alternative means for managing and storing Americaâ€™s nuclear waste. The Obama administration plans to end the Yucca Mountain project, although a group of bipartisan lawmakers are trying to block the administration from doing so.Â  Read more

Twitter users will be getting together offline in more than 175 cities around the world to attend a Twestival which will raise money for a good cause.Â  It's the second annual Twestival, and all proceeds will go to Concern Worldwide,Â  a humanitarian organization that has dedicated itself to reducing suffering and eliminating poverty. Read more

9:52 pm ET September 22, 2021 RETWEET
Dozens of police officers were standing by as the Palm Beach County School Board held a meeting with masked and unmâ€twitter.com/i/web/status/1â€¦M3
cnni

9:40 pm ET September 22, 2021 RETWEET
The current pace in US Covid-19 vaccinations is the slowest it has been since July, according to data from the CDC.â€twitter.com/i/web/status/1â€¦Be
cnni