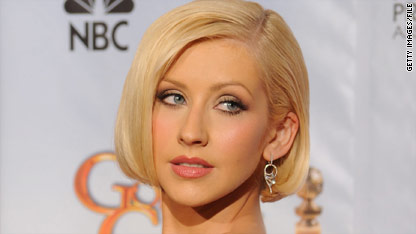 Christina Aguilera - Christina Aguilera's public relations team really knows how to drum up support. Her Web site has been littered with countdowns over the past few days, causing the public to speculate we'd get to hear long-awaited new song. But it's been drip, drip, drip, according to her fans, myself included, with little payoff. Her first countdown just gave us the name of her song. Then there was a new countdown - the song surely. Nope, just the lyrics. New countdown - the song again, right? Nope. The announcement of her album Bionic, which most people already knew about, and a placeholder for a video that will show up on Friday.

I'm all for building up hype (see: Lady Gaga and the Telephone video lead-up) but only when there's a payoff. Because I miss her brilliant vocals on the airwaves, I'm willing to forgive - for now. Here's hoping Christina and her single, in the words of Randy Jackson, will "blow it out the box."

KC and the Sunshine Band - Richard R. Finch, co-founder of the band, has been arrested after he admitted he had sex with teenage boys. Lots of chatter on the Web surrounding the news and the band that made popular songs such as "Get Down Tonight" and "(Shake, Shake, Shake) Shake Your Booty."

Cornell and Kentucky - It's the biggest match-up of the day, and one of the most unlikely. If you happen to have this match in your bracket, consider yourself one of the very lucky ones. After knocking off big dog Wisconsin, Cornell gets its hand on the #1 seeded Kentucky Wildcats. It'll be a tough challenge for Cornell in the Sweet Sixteen, but if they can pull off the upset and make it into the Elite Eight, boy, what a Sweet victory it will be.

Johnny Maestro - The singer, known for his performance of the 1958 doo-wop hit "16 Candles" with The Crests, died of cancer at the age of 70, according to the AP. Maestro also worked for decades with group The Brooklyn Bridge.

This fireball lit up skies across parts of Canada and the US. There have been more than 400 reports of sightings, aâ€twitter.com/i/web/status/1â€¦6z
cnni