Israeli Prime Minister Benjamin Netanyahu has informed the Obama administration that he will not attend President Barack Obama's nuclear security summit in Washington next week, according to a senior U.S. official familiar with the situation.

END_OF_DOCUMENT_TOKEN_TO_BE_REPLACED

The five most popular CNN.com stories during the past 24 hours, according to Newspulse.

Inmates: Mom spoke of ‘knocking out’ Caylee: A woman who befriended Casey Anthony in jail told investigators that Anthony confided she would "knock out" her 2-year-old daughter, Caylee, so she could go out at night while the child slept, according to a police report.

Catherine Zeta-Jones wrote letter for stepson: As a federal judge weighs whether to send Cameron Douglas to prison for possibly 10 years or more, his stepmother Catherine Zeta-Jones hopes the judge will consider the 31-year-old's "positive attributes" along with the drug charges against him.

Miner left note before fatal explosion: CNN's John Roberts speaks to a woman who lost her son, brother and nephew in the West Virginia mine explosion.

Woods finishes first round two off the lead

Tiger Woods is two strokes behind leader Fred Couples following his first round at the Masters. He shot a 68, which included two eagles.

Follow the leaderboard, Golf.com's blog coverage and a gallery of Woods' practice round with Couples on Monday.

Air inside mine remains dangerous

[Updated at 7:40 p.m.] Air inside the West Virginia mine where four miners may be trapped remains too dangerous for rescuers to enter, Gov. Joe Manchin told reporters Thursday evening.

[Updated at 10:20 a.m.] Rescuers in a West Virginia coal mine have had to turn back because of deteriorating air quality, Gov. Joe Manchin said.

The rescue crews were on the way out as of about 10:15 a.m. ET Thursday, said Kevin Stricklin of the U.S. Mine Safety and Health Administration.

Gases pose an "explosive atmosphere" in the mine, he said. "We think they (the rescuers) are in danger and that's the whole intent of evacuating."

The rescuers - 32 in all - were attempted to reach four miners who are unaccounted for following a Monday explosion that killed at least 25 miners.
Officials hope the missing miners were able to reach an airtight rescue chamber.

"It is still a rescue mission," Stricklin said.

[Updated at 8:41 a.m.] Thirty-two rescuers in four teams were working their way through a sprawling West Virginia coal mine Thursday, attempting to reach a rescue chamber where it is hoped four unaccounted-for miners may have sought refuge following a Monday explosion, Gov. Joe Manchin said.

END_OF_DOCUMENT_TOKEN_TO_BE_REPLACED

Stocks gained Thursday as upbeat sales reports from the nation's retailers helped provide optimism about the economic outlook, taking the edge off worries about Greece and other euro zone debt issues.

END_OF_DOCUMENT_TOKEN_TO_BE_REPLACED

Sudan's preparations for its first national elections in nearly a quarter century raised diplomatic eyebrows Thursday at the United Nations.

"We continue to express some concerns regarding aspects of the electoral environment," Under-Secretary-General for Peacekeeping Operations Alain Le Roy told reporters after briefing the Security Council.

END_OF_DOCUMENT_TOKEN_TO_BE_REPLACED 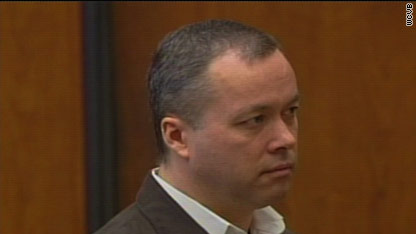 Mark Kerrigan, brother of Olympic skater Nancy Kerrigan, faces additional charges in connection with the death of his father.

The brother of Olympic skater Nancy Kerrigan is scheduled to be formally charged in connection with the January death of his father. Mark Kerrigan has pleaded not guilty to assault and battery charges.  A grand jury has since charged him with manslaughter.  The Kerrigan family has rejected the charges, saying they do not blame anyone for the death of Daniel Kerrigan, saying he had a pre-existing heart condition.  Read more

"Red Shirt" protesters in Thailand plan another mass rally Friday (Thursday night ET) despite the state of emergency that empowers the military to move against large gatherings. The anti-government protesters have controlled areas of the Thai capital for nearly a month.  Read more

33 states out of money to fund jobless benefits

With unemployment still at a severe high, a majority of states have drained their jobless benefit funds, forcing them to borrow billions from the federal government to help out-of-work Americans.

A total of 33 states and the Virgin Islands have depleted their funds and borrowed more than $38.7 billion to provide a safety net, according to a report released Thursday by the National Employment Law Project. Four others are at the brink of insolvency.

President Obama and Russian President Dmitry Medvedev signed a major nuclear arms treaty Thursday, but critics in the Senate will have their say before anything is put in place.

Among them is Senate Minority Leader Mitch McConnell, R-Kentucky, who said in a statement Thursday that the Obama administration "will need to meet three requirements if it expects favorable consideration of the START follow-on treaty."

END_OF_DOCUMENT_TOKEN_TO_BE_REPLACED

Malcolm McLaren, the London boutique owner who unleashed punk-rock pioneers the Sex Pistols on an unsuspecting world, has died of cancer at age 64, his girlfriend said Thursday.

Young Kim, McLaren's girlfriend, told CNN he died Thursday in Switzerland after a battle with mesothelioma. Kim, McLaren's son Joe Corre and Corre's half-brother, Ben Westwood, were with him when he died, she said. Both men are the sons of McLaren's onetime partner and lover, designer Vivienne Westwood.

CNN has obtained e-mails between Toyota execs over concerns with the company’s accelerator pedals, which came under fire after several reports of unintended acceleration in their vehicles.

The documents also include a timeline of events related to concerns over the issue.

CNN reached out to Irv Miller, Toyota's group vice president for environmental and public affairs, in response to the e-mails he wrote. He declined to do an interview or offer any context to the emails.

The body of the wife of an American reality TV show producer was found at a Cancun, Mexico, hotel Thursday morning, a Mexican police spokesman said.

END_OF_DOCUMENT_TOKEN_TO_BE_REPLACED

Sales for the highly anticipated iPad hit 450,000 on Thursday, according to Apple's chief executive.

END_OF_DOCUMENT_TOKEN_TO_BE_REPLACED

Tiger Woods' Nike ad - Tiger Woods' name has flooded the Web ever since he crashed his car into a tree and revelations of cheating came about. Today, everyone's still talking Tiger, but this time it's about a new ad put out by Nike that uses Woods' deceased father's voice with the message that the golfer has learned his lesson.

END_OF_DOCUMENT_TOKEN_TO_BE_REPLACED

And he's back - Tiger tees off at the Masters

Tiger Woods has teed off for the first time since a scandal involving cheating on his wife sidelined him from golf.

The Masters, at the Augusta National Golf Club, is Woods' first event since news of the scandal broke.

You can follow Tiger and all of the other golfers stroke-by-stroke at Golf.com's live blog.

The brother of figure skater Nancy Kerrigan was indicted on charges including manslaughter in the January death of his father, prosecutors said Thursday.

END_OF_DOCUMENT_TOKEN_TO_BE_REPLACED

A man accused of threatening House Speaker Nancy Pelosi wept Thursday as he talked to his attorney before a federal court hearing.

END_OF_DOCUMENT_TOKEN_TO_BE_REPLACED

The death toll from flooding and mudslides in Brazil continued to climb Thursday, with official reports of at least 154 fatalities.