According to a press release sent out by the cable network (which, like CNN, is a unit of Time Warner), the comedian is joining TBS to host a late-night show that is expected to debut in November. O'Brien's show will be followed on TBS' schedule by George Lopez's "Lopez Tonight," which will move to midnight. 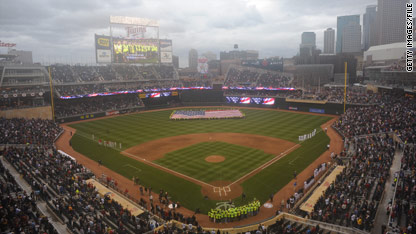 It has been an agonizing recent stretch for Phil Mickelson. His wife, Amy, and his mother, Mary, are battling breast cancer, and as Golf.com's Cameron Morfit reports, Mickelson has flown to Houston for treatments, even enlisting one of Amyās doctors to caddie for him. Yesterday, with his family by his side at Augusta National, Mickelson won his third Masters title, defeating Lee Westwood by three strokes.

And what of Tiger Woods, who finished tied for fourth with K.J. Choi. "Woods wouldn't say where he'll play next ā options include the Quail Hollow Championship in Charlotte, the flagship Players Championship at Sawgrass (where he last visited to perform his televised mea culpa), or the Memorial Tournament at Muirfield Village in Dublin, Ohio, in early June," says SI.com's Gary Van Sickle. "He would say only that he's taking some time off to re-evaluate things. What things? He didn't say." The sports world takes a breather after a busy weekend. Some highlights on what to check out today (all times Eastern).

END_OF_DOCUMENT_TOKEN_TO_BE_REPLACED

Elizabeth Taylor posted a message on Twitter Monday denying rumors she is engaged to her manager.

A magazine report Friday said the legendary actress was engaged to Jason Winters, the 49-year-old man who has served as her manager for several years.

END_OF_DOCUMENT_TOKEN_TO_BE_REPLACED

New details emerged Monday about how three men allegedly planned to bomb subway trains in New York around the anniversary of 9-11 last year.

Najibullah Zazi and his two co-defendants had selected specific subway stations - two of the busiest in Manhattan - and planned to inflict maximum casualties on subway trains, a federal law enforcement source said.

Zazi and the two other suspects planned to attack trains at Times Square and Grand Central stations, the source said. Wearing homemade bombs, they plotted to position themselves in the middle of busy subway cars in order to kill the most people, likely targeting the 1, 2, 3, or 6 line trains, the source said.

END_OF_DOCUMENT_TOKEN_TO_BE_REPLACED 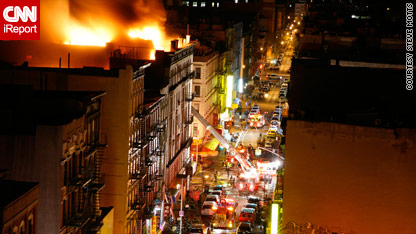 iReporter Steve Motts captured the fire from the roof of a nearby office building.

[Updated at 11:15 a.m.] We've received a ton of amazing photos and videos of the fire from our iReporters in New York including a video from Joe Venuto who noticed the commotion while walking around his brother's neighborhood.

Another iReporter, Hoyman Leung, visited the same scene and photographed the rescue of a 92-year-old woman.

Wes Benson, a 27-year-old iReporter from New York captured the blaze from the roof of his Lower East Side apartment.Ā

[Updated at 10:00 a.m.] A massive fire near the Chinatown area of the city injured 28 people before it was finally brought under control early Monday morning.

END_OF_DOCUMENT_TOKEN_TO_BE_REPLACED

The Vatican is overhauling its rules on how it handles accusations of sexual abuse by priests, it said Monday, without giving any details.

END_OF_DOCUMENT_TOKEN_TO_BE_REPLACED 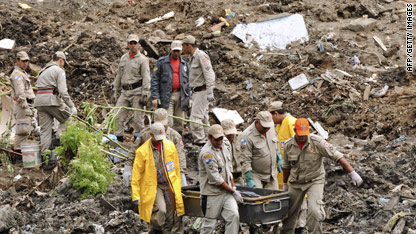 Rescue workers dig through the mud left behind by floods and mudslides for those still missing in Brazil.

Brazilian President Inacio Lula da Silva said Monday the government will do everything possible to help victims of flooding and mudslides that have killed at least 229 people and left thousands homeless.

Lula said he will immediately make available 200 million Brazilian reais (about $112 million) in emergency funding to the state of Rio de Janeiro, where heavy rains that started Tuesday have caused widespread death and destruction.

END_OF_DOCUMENT_TOKEN_TO_BE_REPLACED

Crews look to rescue 9 remaining bodies in mine

Recovery crews were in a West Virginia coal mine Monday, hoping to bring out nine bodies remaining there out of the 29 miners who died in an explosion a week ago, officials said.

Authorities were able to redirect the airflow in the mine to decrease methane levels that impeded recovery efforts on Sunday, said Jama Jarrett, spokeswoman for the West Virginia Office of Miners' Health, Safety and Training. Rescue teams re-entered the mine around midnight.

Officials hope all the bodies will be removed by noon Monday, Jarrett said.

Top officials from the U.S. State Department plan to travel to Moscow this week to push Russia to allow adoptions by U.S. families to continue. END_OF_DOCUMENT_TOKEN_TO_BE_REPLACED

On the Radar: Nuclear summit, recovery of miners, Beatles 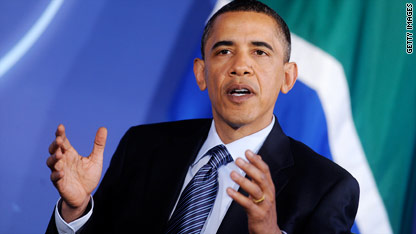 Hereās a look at some of the stories CNN.com reporters are working on Monday:

Nuclear security - President Barack Obama and dozens of other world leadersĀ gather Monday in Washington to discuss nuclear security. About 50 leaders will meet to talk about how to keep nuclear materials and weapons out of terrorists' hands and what steps need to be taken to detect and stop attempted terrorist attacks. CNN will track all the details from the summit, while Time.com looks at how much progress Obama can make on nuclear security.

West Virginia mine - West Virginia authorities said they hope Monday to begin recovering the remaining bodies of 29 miners who died in an explosion a week ago. Seven bodies were removed soon after the April 5 blast, the worst mining disaster in the U.S. in nearly 40 years. Recovery crews carried out 13 bodies Sunday.

END_OF_DOCUMENT_TOKEN_TO_BE_REPLACED

Polish president to be buried Saturday

Polish President Lech Kaczynski, who was killed in a plane crash in Russia over the weekend, will be buried alongside his wife on Saturday, Polish state television reported Monday.

END_OF_DOCUMENT_TOKEN_TO_BE_REPLACED 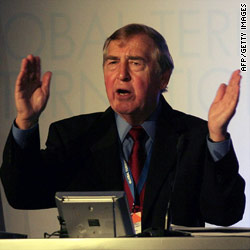 The Harvard professor, who served on the congressional Commission on the Prevention of Weapons of Mass Destruction Proliferation and Terrorism, has made the world a safer place.

According to his biography on the Harvard Web site, "As Assistant Secretary of Defense in the first Clinton Administration, Dr. Allison received the Defense Department's highest civilian award, the Defense Medal for Distinguished Public Service, for 'reshaping relations with Russia, Ukraine, Belarus, and Kazakhstan to reduce the former Soviet nuclear arsenal.' This resulted in the safe return of more than 12,000 tactical nuclear weapons from the former Soviet republics and the complete elimination of more than 4,000 strategic nuclear warheads previously targeted at the United States and left in Ukraine, Kazakhstan, and Belarus when the Soviet Union disappeared."

Time magazine reports that Allison believes "it is more likely than not" that a terrorist will detonate a nuclear bomb in a U.S. city by 2014.

TIME: Rescuing a potential nuke from the Chile Quake

END_OF_DOCUMENT_TOKEN_TO_BE_REPLACED

Italy train crash - A landslide has derailed a train in northern Italy killing at least six people and injuring 20 others. The crash happened where tracks cross a narrow gorge near the city of Merano, police say.Ā  Read the story

Mourning Kaczynski - Russia and the European Union have declared Monday a day of mourning for the death of Polish President Kaczynski and 96 others in the plane crash near Smolensk. Poland is in a seven-day mourning period declared hours after the plane crash on Saturday.

END_OF_DOCUMENT_TOKEN_TO_BE_REPLACED

Three days after her parents found her abandoned bike - with her helmet hanging from the handlebars - Nadia Bloom's disappearance continues to baffle Florida authorities.

END_OF_DOCUMENT_TOKEN_TO_BE_REPLACED

Tiny bits of plastic from your packaging and soda bottles could be traveling in the atmosphere across entire continātwitter.com/i/web/status/1ā¦fZ
cnni

6:44 am ET April 13, 2021 RETWEET
With an average of 3.1 million doses of Covid-19 vaccine administered each day, the US is on pace to hit another vaātwitter.com/i/web/status/1ā¦BO
cnni

6:30 am ET April 13, 2021 RETWEET
Bitcoin has rocketed to a new record above $62,700 as investors gear up for this week's eagerly awaited direct listātwitter.com/i/web/status/1ā¦IU
cnni