Volcanic ash: What to know, how it impacts you 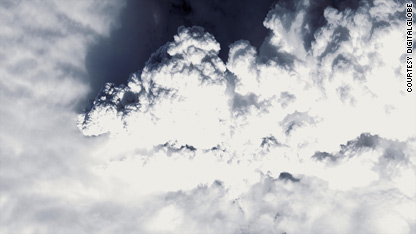 Volcanic ash clouds have snarled travel around the globe.

Volcanic ash from Iceland is snarling air traffic across Europe, causing more than 16,000 flights to be canceled, according to the intergovernmental body that manages European air travel.

The ash cloud originated from an eruption under an Icelandic glacier that began early Wednesday. The eruption under the Eyjafjallajokull glacier - the latest in a series that began on March 20 - blew a hole in the mass of ice and created a cloud of smoke and ash that went high into the air.

And it's causing lots of headaches around the world. Many travelers have been left in limbo - stuck where they are - without any idea of when they may be able to head home, to see loved ones in the hospital or make it to planned events.

iReport: Have your plans been disrupted? Send your images, videos

Some of them say they've been getting conflicting information from representatives of the airlines, airports and through e-mail messages about cancellations.

Hopefully, that's where we can help. We're tracking the latest developments in airport closures, openings and cancellations for you here.

And the problems don't stop with air travel - rail and ferry services across Europe have been swamped by thousands of frustrated passengers forced to seek alternate modes of transportation.

Everyday travelers aren't the only ones struggling to make it to where they need to be - some bands are scrambling to find flights from Europe to Coachella festival.

And what do you do if you're the Norwegian prime minister and your stuck? Well, there's an app - I mean, iPad - for that. Jens Stoltenberg told CNN he used his iPad to manage the situation at home when Norway closed its airspace under threat from the ash.

Because the ash from the volcanic eruption is too dangerous for aircrafts to fly through it, those on the ground may be concerned about health effects when the ash falls to earth, but experts say there is little to worry about. How bad it gets over the next few days may have to do more with the weather - and the wind - than anything else.

There could be long time effects from the ash cloud however, if previous events are any indication. Rosanne D'Arrigo says a 1783 eruption in Iceland killed many, lowered temperatures and caused starvation in far-away places around the world, an indication of the impact such events can have around the globe.