Velshi: Rigs are some of the safest places 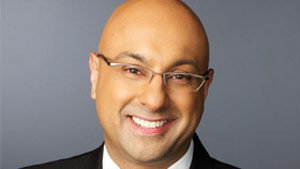 CNN's Ali Velshi was on a rig once when it was evacuated.

As someone who has been around the oil industry, been on a rig and even been evacuated from one during an emergency, I know about the safety issues on rigs and how they are handled.

An explosion on a rig is a rare occurrence because fires don't generally start on rigs and are easily and quickly contained when they do.  But this time there was one - and at least 11 people are missing and seven are critically injured after an explosion on an oil rig in the Gulf of Mexico, according to the U.S. Coast Guard.

Knowing that help is often some hours away by ship or helicopter, rigs have to be able to manage any emergency and all of them have trained firefighters at the ready at all times.

They also have effective means by which to contain areas with fires and nothing flammable is allowed on board (including smoking.)

Safety training happens at least daily for every person on the rig, and there is a zero tolerance policy for even minute breaches. Rigs are some of the safest places to be.

Which is what makes the explosion on the oil rig in the Gulf all the more unexpected and means it was likely one that happened very fast.