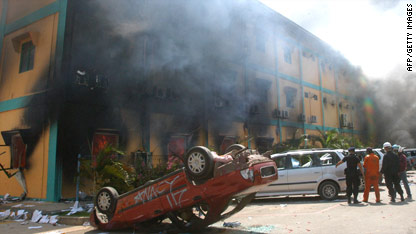 An alleged slur against an Indonesian worker sparked violence including the burning of cars seen here.

END_OF_DOCUMENT_TOKEN_TO_BE_REPLACED 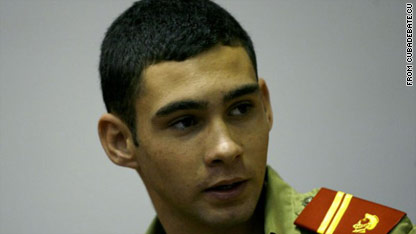 Elian Gonzalez, now 16, is a student at a Cuban military academy in Matanzas.

Elian Gonzalez - It's been 10 years since federal agents seized Elian Gonzalez, then 6,Â from his family's home in Miami, Florida,Â and returned him to his father in Cuba. Today, Â the house in Miami has been converted into a virtual shrine to the boy's brief life in the United States, and Elian, now 16, is a student at a Cuban military academy in Matanzas. CNNâ€™s Shasta Darlington reports on Elianâ€™s life in Cuba, including an interview with his grandmother. CNNâ€™s John Zarrella and Kelly Marshall report on the house-museum in Miami and look at how the Elian saga still resonates with the Cuban-American community there.

Obama heads to Wall Street - President Obama travels to Wall Street for a scheduled 11:55 a.m. ET Thursday speech in which he plans to say the financial crisis was the result of "a failure of responsibility from Wall Street to Washington."Â The presidentÂ will urge Congress to pass financial regulatory reform.

END_OF_DOCUMENT_TOKEN_TO_BE_REPLACED

[Updated at 8:55 a.m.] Belgian Prime Minister Yves Leterme has offered to resign amid a political dispute, the press office of the Belgian parliament said Thursday.

The Belgian king has not yet accepted the prime minister's offer, the Royal Palace press office said. King Albert II and Leterme were meeting on Thursday afternoon, the office said.

END_OF_DOCUMENT_TOKEN_TO_BE_REPLACED

Authorities in Israel want to know whether a rocket was fired toward a southern Israeli resort city near Jordan and Egypt on Thursday.

END_OF_DOCUMENT_TOKEN_TO_BE_REPLACED 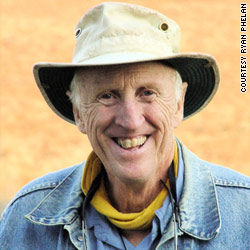 Thursday is the 40th annual Earth Day, and it began as an idea by the lateÂ U.S. Sen. Gaylord Nelson of Wisconsin, who said he was inspired by Vietnam War teach-ins. But the environmental movement owes much of its early steam to the advocacy - and musings - of Brand.

The author and entrepreneur was born in 1938, served in the U.S. Army, and in 1968, published the original "Whole Earth Catalog." You know the photograph of the Earth that became the logo for all things environmental? Such an image of the Earth never existed before Brand thought it up in 1966 while under the influence of LSD.

END_OF_DOCUMENT_TOKEN_TO_BE_REPLACED

Sailor not guilty of Iraq charges

This verdict came during a court-martial where Huertas was accused of charges in connection with the mistreatment of a detainee.

Bishop Jim Moriarty offered his resignation in December amid criticism after the publication of the Murphy report on clerical sex abuse in the Dublin Archdiocese.

END_OF_DOCUMENT_TOKEN_TO_BE_REPLACED 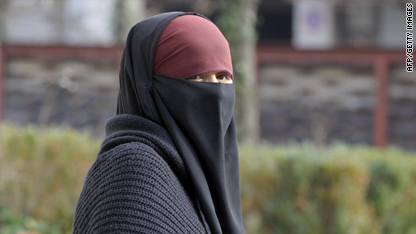 Veil backlash - The Belgian parliament is expected to push through a vote to ban the wearing of the Muslim veil in public in the country. The move comes after Switzerland voted to ban the building of further minarets and aÂ French parliamentary committee recommended a partial ban on Islamic face veils. Read the full story

Election debateÂ - As the leaders of the UK's three main political parties prepare to clash again Thursday in the second of three televised debates, a surge in support for Nick Clegg and the Liberal Democrats has thrown the British election campaign wide open.Â  Watch the debate live on CNN.com

END_OF_DOCUMENT_TOKEN_TO_BE_REPLACED

A man who attacked Oasis guitarist Noel Gallagher during a Toronto concert has been sentenced to house arrest for a year, but avoided jail time, Canada's national news agency said.

END_OF_DOCUMENT_TOKEN_TO_BE_REPLACED

By day, they write. By night, they rock.

END_OF_DOCUMENT_TOKEN_TO_BE_REPLACED

Fans asked to honor McLaren with 'moment of mayhem'

Malcolm McLaren, best known for managing the Sex Pistols and for helping kick off the '70s punk revolution, will be buried Thursday in London.

END_OF_DOCUMENT_TOKEN_TO_BE_REPLACED

A Rwandan court will decide Thursday whether to grant bail to a presidential hopeful arrested on charges that include collaborating with a terrorist organization and "genocide ideology," referring to mass killings of hundreds of thousands in 1994.

END_OF_DOCUMENT_TOKEN_TO_BE_REPLACED

A MexicanÂ citizen who says he was sexually abused by a priest as a child is suing the Roman Catholic Cardinal of Los Angeles and Mexico's top-ranking Catholic cleric, alleging they aided and abetted the abuse by moving the priest between dioceses as allegations piled up against him.

END_OF_DOCUMENT_TOKEN_TO_BE_REPLACED

Judge 'will not permit headbutts' in Blagojevich case

A federal court judge in Chicago laid down the law Wednesday in the case of the U.S. government vs. former Illinois Gov. Rod Blagojevich.