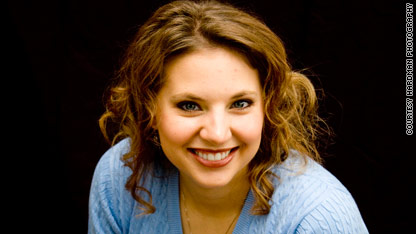 Police thought they had possibly found the body of missing mom Susan Powell.

Susan Powell - The missing mother was a big topic of conversation on the web after police announced they had found a female body in rural Idaho and thought it could Susan Powell. Her name continued to trend, but sadly it wasn't because there was closure in the case - police now say they don't believe the body is her.

Box jellyfish - Never heard of the box jellyfish? Then you're one of the lucky ones. This deadly jellyfish, which can kill a human in under four minutes, is trending highly on because of the positive news about a 10-year-old girl who survived a traumatic encounter with one. An expert said that most people who suffer a similar severe type of stinging would probably die.

Einstein smallest horse - Everyone wants to know about Einstein, apparently. Who needs a teacup pig, when you can have the world's smallest horse. Einstein started trending online and continued to spike all day, likely as people saw the photos of this miniature phenom. And the headlines couldn't be more enticing: "A horse, is a horse, of course, of course," "Meet the pocket-sized pony," etc.

6:42 pm ET August 4, 2021 RETWEET
Multiple tropical cyclones are swirling in the western Pacific, and one of them could impact the Olympics by this wŌĆtwitter.com/i/web/status/1ŌĆ”z9
CNNweather

6:24 pm ET August 4, 2021 RETWEET
The Biden administration is developing a plan to mandate vaccinations for almost all foreign visitors to the US, aŌĆtwitter.com/i/web/status/1ŌĆ”9a
cnni