U.S. officials say Pakistan is a ‚Äúnation under siege‚ÄĚ and faces a ‚Äúherculean‚ÄĚ task in dealing with multiple insurgencies¬†‚ÄĒ but better co-operation between Washington and Islamabad is reaping dividends.

That was the message from senior Administration officials and U.S. military officers at a committee hearing on Capitol Hill on Thursday.

Lt. Gen. ¬†John Paxton Jr., Director of Operations for the Joint Chiefs of Staff, said Pakistan was a ‚Äúnation under threat or a nation under siege ‚Ä¶ and they realize that they have to respond now.‚ÄĚ Without a sense of urgency, he said, "things could conceivably get worse, and get worse quickly."

Ditching a $500,000 salary to teach lit: When Gary Buslik graduated from college with a degree in English, his parents were concerned about how he'd earn a decent living. "It worried them to hear me quoting Shakespeare," he jokes.

Foreclosure easing in big cities but still spreading: Foreclosure filings declined in more than half of the country's worst-hit spots in the first three months of 2010. But that doesn't mean the healing has begun.

Dow in triple-digit rally: Stocks jumped Thursday, with the blue-chip Dow index ending more than 120 points higher, as investors reacted to a rise in Exxon Mobil earnings and brushed off concerns about European debt problems.

Thomas serves on the Ninth Circuit Court of Appeals and is from Billings, Montana.

END_OF_DOCUMENT_TOKEN_TO_BE_REPLACED

After months of speculation, President Obama finally named names on Thursday, saying who he plans to nominate to the Federal Reserve's board of governors.

And the two vacancies on the seven-member board would be filled by Sarah Raskin, the Maryland Commissioner of Financial Regulation, and Peter Diamond, a professor at the Massachusetts Institute of Technology.

END_OF_DOCUMENT_TOKEN_TO_BE_REPLACED

The bill also would require the head of any corporation running a political ad to appear in the commercial to say that he or she "approves this message," just as candidates themselves must do today.

END_OF_DOCUMENT_TOKEN_TO_BE_REPLACED

Lawmakers in Belgium on Thursday approved a ban on the wearing of burqas and other Islamic garb that covers a woman's face but the bill must still be approved by the upper house of parliament before it becomes law.

If the Senate approves it, Belgium would become the first country in Europe to ban the burqa.

END_OF_DOCUMENT_TOKEN_TO_BE_REPLACED

Greece seeking aid package worth $160B

The aid package being negotiated to bail out Greece is worth 120 billion euros (about $160 billion) through 2012, according to Vassilis Papadimitriou, a spokesman for Greek Prime Minister George Papandreou.

But the International Monetary Fund and European Union are demanding further austerity measures as a price for the bailout, according to a top Greek labor union official.

END_OF_DOCUMENT_TOKEN_TO_BE_REPLACED

A vaccine treatment for prostate cancer has become the first therapy of its kind to win approval for use in U.S. patients.

The U.S. Food and Drug Administration approved Provenge, a novel technique for fighting prostate cancer, on Thursday. The treatment involves taking a patient's own white blood cells and using a drug that trains them to more actively attack cancer cells.

END_OF_DOCUMENT_TOKEN_TO_BE_REPLACED

Stocks jumped Thursday, with the blue-chip Dow index ending more than 120 points higher, as investors reacted to a rise in Exxon Mobil earnings and brushed off concerns about European debt problems.

END_OF_DOCUMENT_TOKEN_TO_BE_REPLACED

United and Continental near merger deal

The commercial carriers' boards of directors are expected to discuss the negotiations through the weekend and announce the merger on Monday, said the Journal. The union would allow the company to overtake Delta Air Lines, which merged with Northwest Airlines in 2008, as the world's biggest airline.

The deal could still fall through, as it did when the two airlines discussed combining in 2008 and Houston-based Continental backed out. But despite an earlier dispute on pricing, the Journal said discussions are still on track.

British Prime Minister Gordon Brown fought to hold on to his job Thursday in a debate against the two men who hope to replace him, David Cameron of the Conservative Party and Nick Clegg of the Liberal Democrats.

But he lost the debate decisively, according to two snap polls.

Cameron came first in both polls, with Clegg second and Brown third.

END_OF_DOCUMENT_TOKEN_TO_BE_REPLACED

Rescue teams have found the bodies of two miners killed in an underground collapse at a western Kentucky coal mine, state and federal safety officials said Thursday.

END_OF_DOCUMENT_TOKEN_TO_BE_REPLACED

The Gulf Coast braced for a greasy and unwelcome tide Thursday as the region's largest oil spill in decades threatened the marshlands and beaches at the mouth of the Mississippi River.

"This Saturday is the first date we can go catch live bait," said Glenn Sanchez, who runs a marina in Hopedale, Louisiana. "If this was to happen, this could just devastate the whole of Louisiana."

END_OF_DOCUMENT_TOKEN_TO_BE_REPLACED

A police officer in Tucson, Arizona, filed a lawsuit against the state's governor Thursday over a controversial new immigration law.

Officer Martin H. Escobar says in the lawsuit that there are no "race-neutral criteria or basis to suspect or identify who is lawfully in the United States."

The law allows police to ask anyone for proof of legal U.S. residency. Arizona Gov. Jan Brewer and others who support the law say it does not involve racial profiling or any other illegal acts. 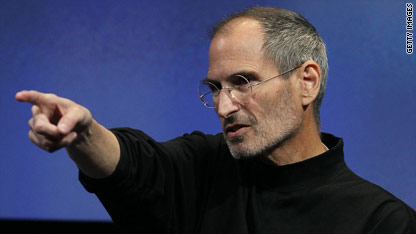 Here‚Äôs a quick glance at the collective consciousness of the Web on Thursday:

Oil spill threatens Louisiana - At the top of the most searched words on the Web is "oil" and "Louisiana" as President Obama pledged the federal government will use¬†"every single resource" at its¬†disposal to protect the state from an oil slick creeping toward its coastline. The spill could hurt 400 species and¬†become¬†one of the worst¬†environmental disasters in history. The Coast Guard said the amount of oil spilling from a sunken underwater well caused by a¬†rig explosion last week is much more than originally estimated - five times more. There is about 5,000 barrels, or 210,000 gallons, leaking¬†each day into the Gulf of Mexico.

Jobs disses Flash - Everyone is buzzing about why Apple CEO Steve Jobs has told Flash to buzz off.¬†In a post on Apple's Web site, Jobs said 200,000 applications are available in his company's mobile app store – and they all benefit because they're not built in Flash, a format that supports video, animation, games and other content and is made by tech competitor Adobe. Some tech bloggers have criticized Apple for not supporting Flash on its mobile devices, including the iPad, iPhone and iPod. END_OF_DOCUMENT_TOKEN_TO_BE_REPLACED 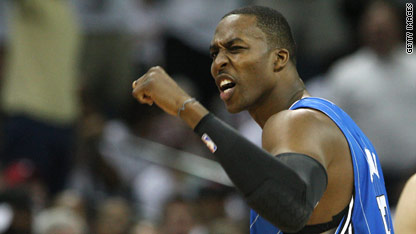 Tiger Woods (yes, him again) returns to the golf course today, his first competitive round since his fourth-place finish at The Masters earlier this month. Golf.com¬†will have all the action, including Woods's post-round comments, from The Quail Hollow Club in Charlotte. Along with Woods, Masters champion Phil Mickelson and rising star Anthony Kim are entered in the field. The tournament is one of the sports highlights (all times Eastern) on a day that includes a pair of NBA Game 6 playoff games.¬†

– Mavericks at Spurs (8 p.m., TNT) -¬†The basketball battle of Texas¬†turns to San Antonio, with the Spurs up 3-2 in the series. The Mavs have been the NBA's best road team this season and they'll have to draw on that success tonight in order to force a Game 7 Saturday in Dallas. Keep in mind: Only eight teams in NBA history have rallied from a 3-1 deficit.¬†

– Suns at Trail Blazers (10:30 p.m., TNT) The Suns can wrap up the series tonight following an emphatic 107-88 Game 5 victory in Phoenix. It won't be easy, though. Trail Blazers star Brandon Roy says he'll start tonight. He averaged 21.5 points during the regular season but has suffered from a torn meniscus in his right knee since the end of the regular season.¬†

$35,000 - Magic center Dwight Howard was slapped with a $35,000 fine for criticizing NBA officials on his blog. The Magic star was not happy about the officiating in Orlando's series sweep over Charlotte.¬†

143 - Average number of RBIs¬†over the past four years for Phillies first baseman Ryan Howard. He has 17 RBI this season.¬†

35 - Number of college football bowl games¬† expected to be played in 2011.

Cuban American artist Celia Cruz will be the first Latina singer to feature as part of the American Women Quarters‚Ätwitter.com/i/web/status/1‚Ä¶NB
cnni

3:08 pm ET February 8, 2023 RETWEET
The Biden administration is planning to roll out a roadmap as early as Thursday on what it will mean for the countr‚Ätwitter.com/i/web/status/1‚Ä¶Qd
cnni

Cuban American artist Celia Cruz will be the first Latina singer to feature as part of the American Women Quarters‚Ätwitter.com/i/web/status/1‚Ä¶NB
cnni

3:08 pm ET February 8, 2023 RETWEET
The Biden administration is planning to roll out a roadmap as early as Thursday on what it will mean for the countr‚Ätwitter.com/i/web/status/1‚Ä¶Qd
cnni