A family member of the suspect in the Indianapolis mass shooting warned authorities about the suspect's potential fŌĆtwitter.com/i/web/status/1ŌĆ”SX

Why did Pope hesitate to act on convicted molester?

Stephen Kiesle, a former priest and a convicted sex offender was accused of molesting children while studying to be a priest in the 1970s. He pleaded no contest to some of those charges, but also said he no longer wanted to be a priest. His bishop at the time agreed - Kiesle should not be associated with the Catholic Church.

But there was one man who disagreed - Joseph Cardinal Ratzinger - then a top Vatican official and now Pope Benedict the XVI.

Why did he wait to act? CNN's Gary Tuchman took a closer look.

Nine people federal prosecutors say belong to a "Christian warrior" militia can be released on bond until the criminal charges against them are resolved, a judge has ruled.

A federal grand jury has indicted the nine on charges of seditious conspiracy, attempted use of weapons of mass destruction, teaching the use of explosive materials and possessing a firearm during a crime of violence. 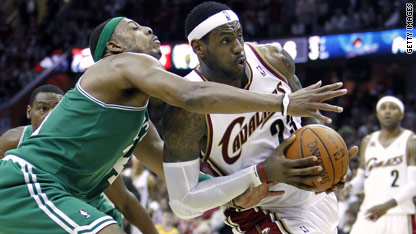 LeBron James, who scored 35 points in his last game, hopes to beat the Celtics again Monday.

A little more than 24 hours after receiving his second MVP trophy in his hometown of Akron, Cavs star LeBron James returns to the court tonight for Game 2 of the Eastern Conference semifinals against the Celtics. James had 35 points, seven rebounds and seven assists in a come-from-behind win in the opening game. That series highlights (all times Eastern) a playoff-heavy day of sports in the NBA and NHL.

-Flyers at Bruins (7:00 pm, Versus) and Canucks at Blackhawks (9:00 p.m., TNT)
Boston won at home in overtime to take a 1-0 lead in its series while the Canucks stole Game One in Chicago on Saturday, making tonightŌĆÖs Game 2 a must-win for the Blackhawks.

-Celtics at Cavaliers (8 p.m., TNT)
"We donŌĆÖt like them, they donŌĆÖt like us,ŌĆØ Cavaliers guard Mo Williams said prior to Game One. That usually makes for great theater. Cleveland 101-93 took Game One in what should be an entertaining series.

END_OF_DOCUMENT_TOKEN_TO_BE_REPLACED 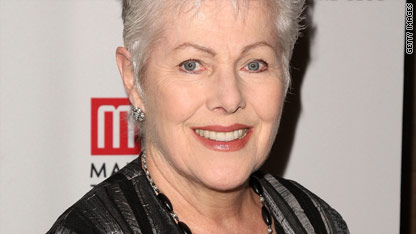 Lynn Redgrave died after a battle with breast cancer.

Actress Lynn Redgrave died Sunday night after a seven-year battle with breast cancer, according to her family.

Redgrave, 67, was surrounded by her children at her Connecticut home when she died, the family said in a statement issued Monday morning.

END_OF_DOCUMENT_TOKEN_TO_BE_REPLACED

Arrest made in connection to popular D.C. principal's death

[Updated at 9:11 p.m.]┬ĀThe District of Columbia principal who was found shot to death in his home last month met his alleged killers on a phone chat line, authorities said at a news conference Monday where they announced arrests in connection with the slaying.

Two men have been charged in the killing of Brian Betts, 42. They have been identified as Alonte Saunders, of an unknown address, and Sharif Tau Lancaster, who resides in the District of Columbia, police said.

The suspects, both 18, have been charged with first degree murder, armed robbery and the use of a handgun in a felony crime of violence, according to Officer Melanie Brenner of the Montgomery County, Maryland, Police Department.

Brenner said charges against a third unidentified suspect, also 18, are pending. Earlier, police said a fourth person was arrested in connection with the slaying of Betts. Artura Otey Williams, 46, was charged with two counts of knowingly receiving a stolen credit card with the intent to use it.

END_OF_DOCUMENT_TOKEN_TO_BE_REPLACED 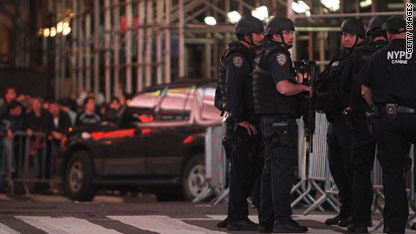 Times Square car bomb scare - Law enforcement officials early Monday pored through evidence, including a 20-second video, after a failed car bombing attempt in Times Square over the weekend. The video released by authorities showed an image of a man, who police say is possibly connected to the attempted bombing, changing his shirt along a New York street. A balding man with dark hair is seen removing a shirt and putting it in a bag before walking out of the camera's view from inside a restaurant. Authorities plan to release another video in the case, New York Police Commissioner Ray Kelly told CNN's "American Morning" on Monday in hopes of finding out what happened.

Flooding deaths - Nashville's mayor says his city never has seen rain like this. It caused record flooding this weekend - more than 1,000 people had to be rescued from high water. The death toll from the storm in Tennessee and Mississippi is said to be as high as 15. The storm, is continuing to cause havoc, bringing heavy rain to Georgia and delaying flights at the Atlanta airport. CNN will follow the storm and bring you the latest on any alerts or travel problems as they happen.

END_OF_DOCUMENT_TOKEN_TO_BE_REPLACED

A manual recount got under way Monday of some ballots cast in Iraq's national elections nearly two months ago.

END_OF_DOCUMENT_TOKEN_TO_BE_REPLACED

UAL Corp.'s United Airlines announced on Monday it will merge with Continental Airlines in a deal worth $3.2 billion, creating the world's largest airline.

END_OF_DOCUMENT_TOKEN_TO_BE_REPLACED 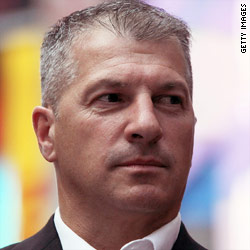 The New York City police officer helped to avert what might have been a catastrophe.

The mounted police officer, now on the force for 19 years, saw a Nissan Pathfinder with its engine running and its lights flashing.

"I did a lap around the vehicle. The inside was smoking," Rhatigan told the New York Daily News. "I smelled gunpowder and knew it might blow. I thought it might blow any second."

Officers immediately evacuated the area, and firefighters, emergency medical personnel and the bomb squad soon descended on the scene.

END_OF_DOCUMENT_TOKEN_TO_BE_REPLACED

The battle against a huge oil spill in the Gulf of Mexico is being waged on three fronts, United States Homeland Security Secretary Janet Napolitano said Monday.

END_OF_DOCUMENT_TOKEN_TO_BE_REPLACED

The only surviving gunman from a three-day terror attack on the Indian city of Mumbai was convicted of murder, conspiracy and waging war on India Monday.

END_OF_DOCUMENT_TOKEN_TO_BE_REPLACED

2:00 pm ET - Senate debates Wall Street reform -┬ĀSenators return from their weekend recess to discuss financial reform and other issues of the day.

A Detroit, Michigan, police officer was killed and four others were wounded when the officers answered a call early Monday, officials┬Āsaid.

END_OF_DOCUMENT_TOKEN_TO_BE_REPLACED

Mumbai attack verdict┬Ā- An Indian court has handed down a guilty verdict in the case of the only surviving gunman from a 2008 siege in Mumbai.┬Ā Mohammed Ajmal┬ĀKasab, from Pakistan, was found guilty of murder, conspiracy and waging war on India. Two Indian nationals accused of conspiracy were acquitted. Read the full story

END_OF_DOCUMENT_TOKEN_TO_BE_REPLACED

Roman Polanski has published a personal appeal to Swiss authorities asking that they deny a request by California prosecutors to extradite him to the United States.

END_OF_DOCUMENT_TOKEN_TO_BE_REPLACED

The United Nations is hoping that Iranian President Mahmoud Ahmadinejad uses his appearance Monday at a global gathering on disarmament to reassure other nations that his country's nuclear aspirations are peaceful.

END_OF_DOCUMENT_TOKEN_TO_BE_REPLACED

7:16 pm ET April 16, 2021 RETWEET
US President Biden said Iran's decision to enrich uranium at 60% is not helpful and counter to the agreement the coŌĆtwitter.com/i/web/status/1ŌĆ”yP
cnni

7:10 pm ET April 16, 2021 RETWEET
The US Department of Defense Covid-19 task force plans to re-allocate doses of the Moderna vaccine to overseas US mŌĆtwitter.com/i/web/status/1ŌĆ”o8
cnni