What to watch for N.Y. bomb suspect's hearing 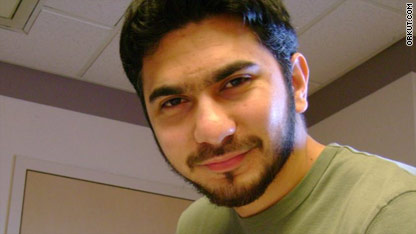 Editor's note: CNN's Senior Legal Analyst Jeffrey Toobin takes a look at what we can expect to see out of today's hearing in connection with the Times Square bomb plot.

Much of what will happen to Faisal Shahzad in federal district court today is predictable.  One very important part is not.

Shahzad will probably be arraigned on a variety of charges, including use of an incendiary device and terrorism. He will be assigned a lawyer. He will not - obviously - be released on bail. The charges are likely to change and be expanded when the case is presented to a grand jury, but Shahzad will not be eligible for the death penalty because (fortunately) no one died as a result of his actions.

The big unanswered question is whether Shahzad will be charged with conspiracy.

The authorities clearly believe that he was a central figure in the plot to bomb Times Square, but what's unknown is if they believe that he acted alone. If he was not alone, the question then is whether his alleged co-conspirators are also in custody.

We'll know more about this critical question after Shahzad appears in court today.