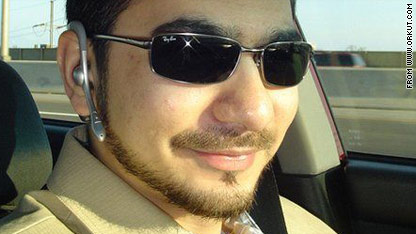 Faisal Shahzad has been charged in association with the Times Square bombing plot.

[Updated at 9:21 p.m.] Authorities in Pakistan have rounded up a number of people for questioning, as U.S. law enforcement sought Wednesday to piece together the actions and motivations of the Times Square car bombing suspect.

[Updated at 8:47 p.m.]  An official familiar with the investigation into accused Times Square bomb plotter Faisal Shahzad said Wednesday that Shahzad felt Islam was under attack.

[Updated at 5:19 p.m.] The suspect in last Saturday's botched bombing in Times Square was driven last July to a meeting with at least one senior Taliban leader in Pakistan by a man taken into custody Tuesday, a senior Pakistani official said Wednesday.

The official told CNN that Muhammed Rehan, who was detained Tuesday in Karachi, drove Faisal Shahzad on July 7 in a pickup truck to Peshawar.

At some point, they headed to the Waziristan region, where they met with one or more senior Taliban leaders, the official said. Rehan is believed to have links to the militant outfit Jaish-e-Mohammed, which is close to al Qaeda and the Pakistani Taliban, the official said.

- CNN's Reza Sayah and Samson Desta contributed to this report.

[Updated at 3:12 p.m.] A law enforcement source with knowledge of the investigation tells CNN that investigators found a train receipt showing that Faisal Shahzad got on a train from New York City to Connecticut some 30 minutes after allegedly parking the car bomb in Times Square. This source says investigators believe he ran to catch the train and that the train pulled out around 7p or 7:15p Saturday night. The source is unsure which CT station he ended up at.

[Updated at 2:05 p.m.] The U.S. entity charged with questioning top terrorist suspects is involved in the questioning of Faisal Shahzad, the Times Square car bombing suspect, an administration official said Wednesday.
The official said the High-Value Interrogation Group is participating in the interrogation.

"We will utilize elements of the HIG and other subject-matter experts to best provide support to the questioning and the investigation," the official said.

[Updated at 10:58 a.m.] A Pakistani Taliban spokesman said his group has no link to Times Square car bombing suspect Faisal Shahzad, but he warned that its fighters have been sent to the United States and the "results" of that decision will soon be evident.Azam Tariq, spokesman for the group, told CNN by phone Wednesday that Shahzad's action was "very good."

While it's possible he got training from other groups, Tariq said that Shahzad - suspected of receiving bomb-making training in Pakistan - didn't receive such instruction from his organization, officially known as Tehrik-i Taliban Pakistan.

Tariq said the Pakistani Taliban recently decided that it "will defend Islam by any means necessary" anywhere Muslims are deemed to be in danger.

"Right now America is the biggest enemy of Islam. We have sent our mujahedeen to America and you will soon see the results."

[Updated at 10:14 a.m.] The Connecticut Post obtained documents and the passport of Times Square bombing suspect Faisal Shahzad at his home in Shelton, Connecticut.

They also found cards, documents and transcripts from Southeastern University in Washington, D.C., where he attended school in the 1990s.

"The copy of his Pakistani passport shows a picture of a serious-looking young man dressed in a suit and tie. It lists his occupation as a student and his religion as Muslim," the Connecticut Post reported. "The document expired in February 2000. A copy of one entry shows a stamp allowing entry into the United Kingdom good until June 4, 1996 and is stamped Karachi, Pakistan." 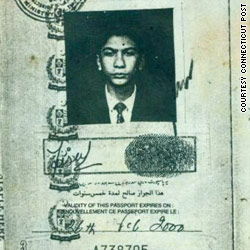 The passport obtained by the Connecticut Post shows a young Faisal Shahzad.

[Updated at 10:03 a.m.] The Department of Homeland Security is changing its no-fly list update policies to prevent a repeat of what happened Monday, when the suspect in the Times Square attempted bombing was allowed to board a plane despite his name being on the no-fly list, a DHS official told CNN Wednesday.

[Updated at 8:51 a.m.] Faisal Shahzad knew authorities were on to him, law enforcement sources directly involved in the investigation told CNN. The sources said they believe Shahzad was aware they were closing in on him following news reports that he allegedly bought a car in Connecticut.

When Shahzad was arrested on a plane at JFK airport headed for Dubai, a law enforcement official tells CNN Shahzad knew his escape attempt failed. According to the official, Shahzad told agents "I was expecting you. Are you NYPD or FBI?"

[Updated at 8:33 a.m.] The father-in-law and a friend of the suspect in the Times Square car bombing attempt were among several people detained for questioning in Pakistan in the last two days, sources here told CNN Wednesday.

Several officials in Karachi said others have been taken into custody for questioning on Wednesday, but they could not say how many were detained, who they were or where they were seized.

The officials asked not to be named because they are not authorized to speak to the media.

The source says the M-88 fireworks Faisal Shahzad is accused of placing in a Nissan Pathfinder were bought at a Phantom Fireworks store in Matamoras.

A complaint filed Tuesday in U.S. District Court says Shahzad made a phone call to an unnamed Pennsylvania fireworks store.

Bruce Zoldan, the president of Phantom Fireworks, which has 55 stores across the country, would not confirm exactly what was purchased, or when, so as not to compromise the investigation. But he did confirm that the Matamoras store sells M-88 Silver Solutes, which are similar to what was found in the Nissan Pathfinder.

Zoldan says his company has been in touch with the FBI from the beginning of the investigation. The company's national security director is a retired member of the FBI, Zoldan says, and is currently dealing with active members of the FBI and exchanging information.

The company's vice president, William Weimer, says the M-88s are legal to purchase by consumers because they have a limited amount of pyrotechnic composition and are not very strong.

"The products simply do not chain detonate as I'm sure the culprit anticipated they would," Weimer said.