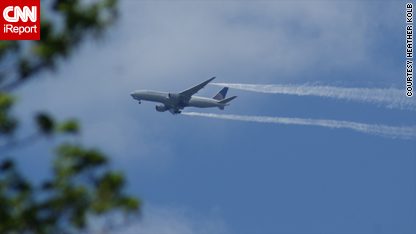 A Tokyo-bound Continental Airlines flight developed a hydraulics problem shortly after takeoff Sunday and returned to Newark Liberty International Airport in New Jersey for a safe landing after dumping fuel until it had reached an "acceptable landing weight," according to the airline.

Continental Airlines Flight 9 landed without incident just after 12:15 p.m., according to the Port Authority of New York and New Jersey.

Airline officials told CNN that the crew of the Boeing 777-200 reported the problem shortly after takeoff and returned to the airport as part of standard operating procedure. The plane circled above New Jersey, dumping fuel until it had reduced its load to the acceptable weight to touch down.

The flight was rescheduled to depart at 7 p.m. Sunday for Tokyo's Narita International Airport, according to the Port Authority's and Continental's websites.