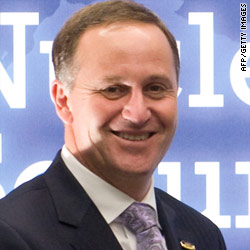 Asked later about the remark, Key said he was sure the Tuhoe would get the joke, Radio New Zealand reported. The prime minister’s office characterized the remark as flippant and light-hearted, according to a New Zealand Herald report.

"It gives me the sense that whatever we say or do he will never, ever take it seriously,” Kruger said in the Herald report. "He is affirming a rigidness which is not really in the spirit of good faith negotiations. He is really going to force Tuhoe into a position that makes us look like the bad guys.”