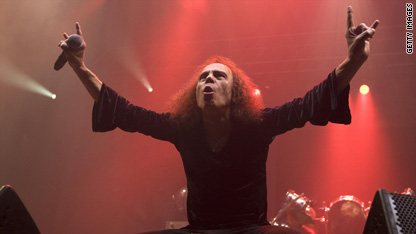 His last public appearance was in April at the Revolver Golden Gods  Awards when he accepted a vocalist of the year award his work on last  year's Heaven and Hell album. Dio appeared frail, but he was able to  speak when accepting his award.