Laura Silsby, the American missionary accused of trying to take nearly three dozen children out of Haiti after the devastating January 12 earthquake, has been freed from jail by a Haitian court, her defense attorney said Monday.
END_OF_DOCUMENT_TOKEN_TO_BE_REPLACED

Suspected Maoists killed 35 people in a land mine attack against a bus in central IndiaÂ on Monday afternoon,Â a local police chiefÂ told CNN.
END_OF_DOCUMENT_TOKEN_TO_BE_REPLACED

Suspected Maoists killed 35 people in a land mine attack against a bus in central India on Monday afternoon, a local police chief told CNN.

END_OF_DOCUMENT_TOKEN_TO_BE_REPLACED

A team of six has arrived in Iraq with a mission few would envy. They are looking for new insights into how to deal with the contractor phenomenon. The Congress-appointed Commission on Wartime Contracting is trying to figure out how the U.S. government can do a better job overseeing the virtual shadow army that has arisen from the private sector in less than a decade.

The bipartisan committee, co-chaired by Michael Thibault and Christopher Shays, is housed in a modest office facility in Virginia, not far from the Pentagon. On a recent visit, I was struck by the enormity of the task they've been given, to report back to Congress on better ways to manage this force multiplier. It's a huge task, seeing as how there are now more contractors in Iraq and Afghanistan than there are U.S. troops.

"American taxpayers are paying for billions of dollars' worth of services from private security contractors," said Thibault, "but there are a lot of troubling questions about contract management and oversight, use of force, interagency coordination, use of subcontractors, and transition planning as the United States prepares to exit Iraq. We'll be looking at all of them to add to the knowledge gained from our stateside research and public hearings."

The government has been playing a game of catch up since private contractors were hired by the tens of thousands to do everything from logistics support to security in places like Iraq and Afghanistan.

END_OF_DOCUMENT_TOKEN_TO_BE_REPLACED 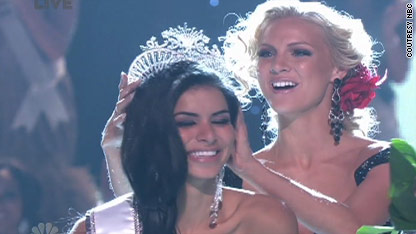 Web trends have been dominated today by Rima Fakih, the new Miss USA, and discussions about her faith.

Miss USA Rima Fakih - When the Miss USA pageant is in town, you never know what's going to happen or what headlines may show up the next day. And this year didn't disappoint - in some very good and bad ways. The biggest attention following the show centered on the newly crowned winner, Rima Fakih, who is the first Muslim to nab the top spot. And the Web hasn't stopped chattering about it all day. People have been talking about the positive impact of a female Muslim winning the crown - and the Detroit Free Press piece on Fakih that discusses the cultural significance of the win - especially since "some Arab Americans - in particular, Muslims - aren't keen on seeing their daughters and sisters participate in beauty pageants that feature public displays of the body."

END_OF_DOCUMENT_TOKEN_TO_BE_REPLACED

"It does not change the steps that we are taking to hold Iran responsible for its obligations, including sanctions," Gibbs said at the daily White House news briefing.

A series of four British Airways employee strikes, including one planned for midnight Monday (7 p.m. ET) cannot proceed, a judge has ruled.

END_OF_DOCUMENT_TOKEN_TO_BE_REPLACED

President Barack Obama's Kenyan aunt can stay in the United States, a U.S. immigration judge has ruled, ending a more than six-year legal battle over her status.

END_OF_DOCUMENT_TOKEN_TO_BE_REPLACED 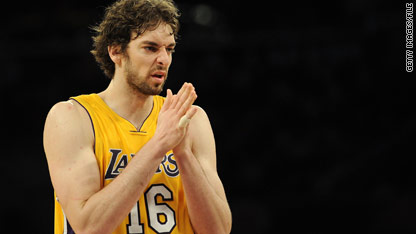 The Suns have been on a roll, but their latest task of taking on the champion Lakers, may rest on the play of Pau Gasol.

The Phoenix Suns have not lost two games in a row since late January, but this week they face a challenge unlike any theyâ€™ve seen in 2010: a seven-game series against the defending champion Los Angles Lakers. The NBA's Western Conference finals begins tonight in L.A. â€“ SI.comâ€™s Britt Robson has the scouting report here - and promises to be a high-octane and exciting series. It's the highlight (all times Eastern) of the night in sports.

-Suns at Lakers (9 p.m., TNT)
The Suns are the last Western Conference team to eliminate the Lakers from the playoffs. They defeated Los Angeles in both 2006 and 2007, but that was before the Lakers added Pau Gasol. Los Angeles is 7-2 against Phoenix since Gasol arrived in February 2008.Â  The Suns are the leagueâ€™s hottest team, winning 36 of 45 games since Jan. 28.

END_OF_DOCUMENT_TOKEN_TO_BE_REPLACED

Obama signed the Daniel Pearl Freedom of the Press Act, which requires a greater examination of the status of press freedoms in different countries in the State Department's Annual Country Reports on Human Rights Practices.

END_OF_DOCUMENT_TOKEN_TO_BE_REPLACED

While efforts to mop oil off the surface of the Gulf of Mexico stretch into a fifth week, more potentially hazardous oil could be lurking below the surface in large oil plumes, scientists said Monday - a previously-unseen phenomenon they are eager to learn more about.

END_OF_DOCUMENT_TOKEN_TO_BE_REPLACED 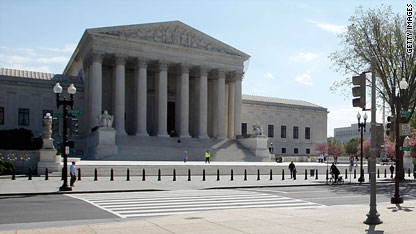 END_OF_DOCUMENT_TOKEN_TO_BE_REPLACED

Gunshots and explosions ring out. Soldiers, police and army trucks rumble through neighborhoods in the Thai capital; a plane flies overhead. Businesses are shuttered as barbed wire lines the streets.

END_OF_DOCUMENT_TOKEN_TO_BE_REPLACED

Court: Sentencing juveniles to life without parole 'cruel and unusual'

END_OF_DOCUMENT_TOKEN_TO_BE_REPLACED

Court: Sentencing juveniles to life without parole 'cruel and unusual'

END_OF_DOCUMENT_TOKEN_TO_BE_REPLACED 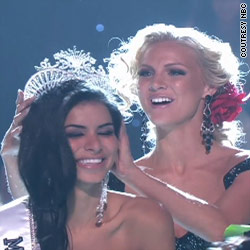 According to TIME magazine, Fakih was raised in New York, attended the University of Michigan and earned her Bachelor of Arts degree in economics with a minor in business administration. She won the Miss Michigan USA title in 2009. She told TIME, â€śI grew up watching pageants with my father, but never knew I can really do it. Possibly because I was picked on a lot in school, and had a very shy personality. I can proudly say that I don't think I would have reached so high and come such a long way had I not went through the pain I did growing up.â€ť

END_OF_DOCUMENT_TOKEN_TO_BE_REPLACED

[Updated at 7:56 a.m.] A plane that was reported missing with 44 people on board has crashed in Afghanistan, Interior Ministry spokesman Zemarai Basharay said Monday.

[Posted at 6:18 a.m.] A plane disappeared in Afghanistan on Monday with 38 passengers and six crew aboard, a government official told CNN.