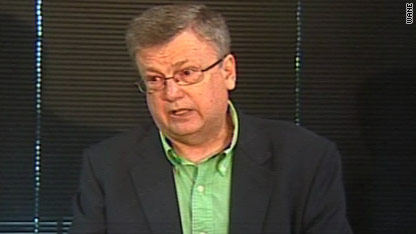 [Updated at 12:12 p.m.] Rep. Mark Souder, R-Indiana, abruptly announced his resignation Tuesday, after acknowledging that he "sinned against God" by engaging in a relationship with a member of his staff.

The 59-year-old married father of three, who just won a competitive primary, said he will leave office at the end of the week.

"I believe it is the best decision for my family, the people of northeast Indiana, and our country," an emotional Souder said at a news conference in his district. "I will submit my resignation to Speaker Pelosi effective this Friday."

Souder, politically a social conservative, made the stunning revelation that he had an inappropriate relationship outside of his marriage but offered no more details.

"I sinned against God, my wife and my family by having a mutual relationship with a part-time member of my staff," he said. "In the poisonous environment of Washington, D.C, any personal failing is seized upon, often twisted, for political gain.

"I am resigning rather than to put my family through that painful, drawn-out process," he added.

Souder won the GOP primary two weeks ago, but failed to receive more than 50 percent of the vote. He was first elected to Congress in 1994 and represents the northeast region of the state.

Souder has been married to his wife, Diane, since 1974. The couple has three grown children and two grandchildren, according to a biography on Souder's web site.

"I am so ashamed to have hurt those I love," Souder said. "I am so sorry to have let so many friends down, people who have fought so hard for me."

Kevin Smith, a spokesman for House Minority Leader John Boehner, said the Ohio Republican "has been perfectly clear that he will hold our Members to the highest ethical standards."

"As soon as I found out about Massa I said, 'You need to go to the ethics committee. If you don't, I'll do it within 48 hours.' He went and three weeks later he was gone," he said.

"They're trying to turn a sow's ear into a silk purse," Hoyer added. "And I don't think that's appropriate. There were two different situations, entirely different."

Tom Hayhurst, a doctor in the Fort Wayne area, won the Democratic primary in the district earlier this month. Hayhurst ran against Souder in 2006, losing by a 54-46 percent margin. For now, it is unclear who will be the GOP candidate in November.

The seat will remain vacant until a special election is held, the date of which is to be determined by Indiana Gov. Mitch Daniels, according to the Indiana Secretary of State's office. The parties will determine which candidates appear on the special election ballot by caucus.

[Posted at 9:45 a.m.] Veteran Indiana Rep. Mark Souder, a Republican, is expected to announce his resignation from Congress Tuesday, according to a GOP aide.