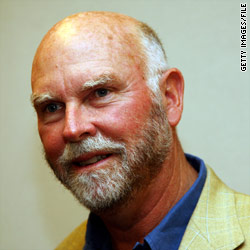 After the nun approved of an ethics committee decision to abort the fetus of a gravely ill woman at a Phoenix, Arizona, hospital, McBride was "automatically excommunicated by that action," according to Bishop Thomas J. Olmsted of Phoenix. The Catholic New Service reports that the unidentified patient was 11 weeks' pregnant and had pulmonary hypertension. Doctors at St. Joseph's Hospital and Medical Center determined the condition carried a near-certain risk of death for the 27-year-old mother if the pregnancy continued.

"If there had been a way to save the pregnancy and still prevent the death of the mother, we would have done it. We are convinced there was not," health care officials who operate the hospital said in a letter to Olmsted, according to CNS. But the bishop said that "the direct killing of an unborn child is always immoral, no matter the circumstances, and it cannot be permitted in any institution that claims to be authentically Catholic," CNS reports.

McBride, an administrator at the hospital as well as liaison to the diocese, has been reassigned to other work, CNS reports.

The president's top intelligence adviser has announced his resignation. Blair, director of national intelligence, is a retired four-star Navy admiral who has served in the post since January 2009. His office oversees 17 federal agencies of the U.S. intelligence community, including the CIA, FBI and Department of Homeland Security.

The retired CIA officer plans to make a 3,200-mile bike ride across the country in September to honor his slain comrades. The Washington Post reports that five agency officers and two contractors were killed in a December suicide bombing near Khost, Afghanistan, when a Jordanian double agent got into an agency base camp, claiming to have information about al Qaeda operatives.

Richer, a 56- year-old former Marine, told the newspaper that the CIA officers, whose names - by law - cannot be revealed in public, deserve recognition. “They serve and lose their lives, but they remain anonymous,” Richer told the Post. “They don’t get a parade.”

If the end is near, the 56-year-old real estate entrepreneur is ready. The Los Angeles Times reports that Vicino is selling berths in a 13,000-square-foot bunker near Barstow, California. When renovations are complete, the former Cold War government communications center will house 132 people for up to a year, according to Vicino.

Vicino told the newspaper that to reserve a space behind the 3,000-pound door costs $5,000 - half of that for kids - and to buy a four-person room, just shell out $50,000. “I’m careful not to promote fear,” Vicino told the Los Angeles paper. “But sooner or later, I believe you’re going to need to seek shelter.”