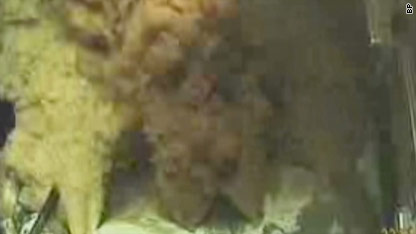 Gulf oil spill - BP officials may know by Thursday afternoon whether the oil company's latest attempt to cap the runaway leak in the Gulf of Mexico is yielding results.Â TheÂ "top kill" operationÂ that began Wednesday afternoon was going according to plan, an official said, with drilling mud being applied to the well at a rate of up to 65 barrels per minute. For more on the latest in the oil spill, check outÂ a glossary of terms you need to know, a look at why the oil is still gushingÂ  and why earlier strategies didn't work, or check out CNN's full coverage of the oil spill.Â

National security strategy - The Obama administration unveils its National Security Strategy on Thursday, Â and it will be the first time a president explicitly recognizes the threat posed to the country by radicalized individuals at home, the president's chief counterterrorism adviser said. Just weeks after the failed car bombingÂ in New York's Times Square, the Department of Homeland Security says, "The number and pace of attempted attacks against the United States over the past nine months have surpassed the number of attempts during any other previous one-year period."Â

Gays in the military - Initial votes on a proposal to repeal the "don't ask, don't tell" policy could occur Thursday in the Senate Armed Services Committee and the House of Representatives. CNN's reporters will follow the possible vote count Thursday. Meanwhile, we also explainÂ what it would be mean if the bill passes.Â

Relations between North and South Korea - North Korea has suspended an agreement with South Korea that was meant to prevent accidents at sea, the North said Thursday. And early Thursday, North Korea reacted to a South Korean anti-submarine exercise by saying it would meet "confrontation with confrontation" and war with "all-out war," according to North Korean state-run media.Â

Casualties: "Home and Away" - No matter how you may feel about the conflicts in Afghanistan and Iraq,Â a list ofÂ the thousands of casualtiesÂ is a vivid reminder of the sacrifices made by these soldiers, sailors, airmen and Marines, and a glimpse of the grief felt by the family and friends they left behind. CNN.com has created a special report called "Home and Away" that will allow you to look at all theÂ troops who were killed in service, where they were from, where and how they died and leave memorials. CNN.com hopes it continues to be a way to honor the memory of those who, in the words of Abraham Lincoln, â€śgave the last full measure of devotion.â€ť