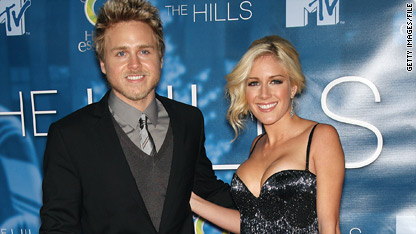 For now, the split is a separation and not a divorce, Lexi Vonderlieth said.

“Yes the split is real," Vonderlieth said in an e-mail. "Like to say separation for now. As you can imagine it is crazy right now. She's trying to lay low the next couple days. What I can say is that it's a separation for now, not divorce.”