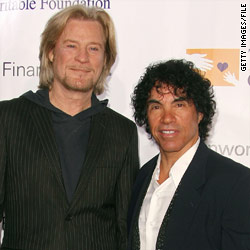 According to Wired.com, Spc. Bradley Manning of Potomac, Maryland, leaked the classified 2007 video of an American helicopter strike that killed several civilians in Baghdad, Iraq,¬Ýto the whistle-blower website WikiLeaks.com, which posted the video in April.

The Washington Post reports that the pitcher's most significant achievement so far was winning four games for the Class AAA Syracuse Chiefs during the past four weeks. But the newspaper reports that Washington,¬Ýwhich waited 33 seasons for the return of a baseball team and has gone to the World Series only twice in 71 seasons, now has high hopes.

If you've been considering a return to school, this is your sign it is not too late. cnn.it/3z26yXb
cnni

6:15 am ET May 29, 2022 RETWEET
North Korea says its Covid-19 outbreak is improving and it is considering revising its anti-epidemic regulations. cnn.it/3t2czPE
cnni

4:45 am ET May 29, 2022 RETWEET
The world‚Äôs smallest remote-controlled walking robots are more miniscule than the thickness of a United States penntwitter.com/i/web/status/1‚Ä¶WfWa
cnni

4:00 am ET May 29, 2022 RETWEET
Fossils from a flying ‚ÄúDragon of Death‚Äù have been discovered in Argentina, new research revealcnn.it/3wXPiRxTl6b
cnni