Teen sailor safe aboard fishing ship: The 16-year-old California girl rescued from her stricken boat in the Indian Ocean says she is "safe and sound" and argues that her age shouldn't be blamed for the problems she encountered at sea.

Man accused of having kids with daughters: Law enforcement agents in Brazil's northeastern town of Pinheiros trekked and canoed for nearly two hours through rugged terrain to arrest a 54-year-old man accused of fathering eight children with his two eldest daughters.

Van der Sloot charged in Peru murder: Joran van der Sloot was charged with murder Friday, acting "with ferocity and great cruelty" in the slaying of a 21-year-old student in Lima, Peru. 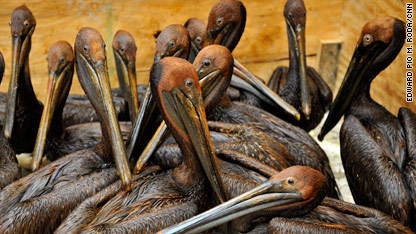 Here are the latest developments on the oil disaster in the Gulf of Mexico, which unfolded after the oil rig Deepwater Horizon exploded on April 20:

- BP officials are reviewing a letter from federal authorities that gives the oil giant until Sunday to identify and expedite other ways to contain the massive oil spill, a company spokesman said.

- Additional areas of Mississippi waters in the Gulf have been closed to recreational and commercial fishing due to the detection of oil in the region, state officials announced Saturday.

- Environmentalists said demonstrations against BP's response to the disaster were unfolding Saturday in more than 50 cities across five continents, from Pensacola, Florida, to Christchurch, New Zealand.

- Federal authorities expressed concern that BP's plans to recover oil and provide backup collection plans fall short of what is needed, given new estimates of the amount of crude gushing into the Gulf of Mexico. In a letter sent to BP, Rear Adm. James Watson, the government's on-scene incident commander, gave the company until Sunday to provide alternative plans that adequately address substantially higher rates of oil flow.

END_OF_DOCUMENT_TOKEN_TO_BE_REPLACED

Earthquake strikes off coast of India

A local tsunami watch has been issued for India after a 7.5-magnitude earthquake struck off the coast of India early Sunday, according to the U.S. Geological Survey.

No deaths or damage have been reported on the Andaman or Nicobar Islands, according to police in that region. Officials monitoring the situation and have intensified patrols in the area, police said.

Abby Sunderland, the 16-year-old California girl whose sailboat was crippled in the middle of the Indian Ocean, is safe aboard a fishing vessel from Reunion Island, her parents announced in a news conference Saturday morning.

It will take a few days for the fishing vessel to get her back to dry land, they said.