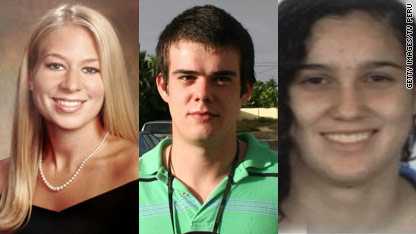 The family of Natalee Holloway, left, has been in touch with the family of Stefany Flores, right, whose cases may be linked by suspect Joran van der Sloot

Missing Alabama teen Natalee Holloway's mother talked to the family of a murdered Peruvian woman whose case may be linked to her daughter's, the Peruvian family told CNN sister network In Session.

Flores's sister Stefany was killed May 30. Joran van der Sloot, who is being held in connection with the killing, was twice arrested but never charged in the disappearance of Natalee Holloway in 2005.