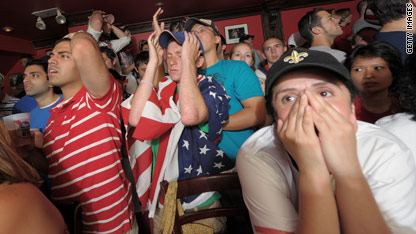 â€śThe numbers are even more impressive when you consider that two of these games were played on weekday mornings, when many viewers are at work. Although more people than ever chose to watch live streaming video of the games from their computers and mobile devices, TV viewing climbed even higher.â€ť

Syria has been through hell and things just got worse. Its hard to even grasp just how bad this is for #Syria andâ€twitter.com/i/web/status/1â€¦LN
sarasidnerCNN

6:31 am ET February 5, 2023 RETWEET
This was not on my bingo card for 2023. The #Chinesespyballoon is now causing airline passenger headaches. The FAAâ€twitter.com/i/web/status/1â€¦Lm
sarasidnerCNN

Saudi Arabia is unveiling a reconstruction of the face of an ancient Nabataean woman after several years of work byâ€twitter.com/i/web/status/1â€¦1p
cnni