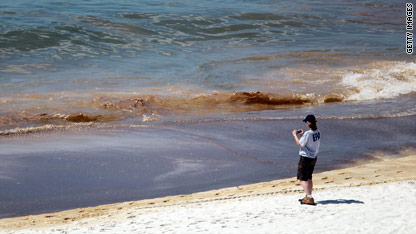 The X Prize Foundation announced today that it is developing a multimillion-dollar “oil spill cleanup X challenge” to come up with solutions to cleaning up shorelines and open water fouled by oil leaking from the BP Deepwater Horizon rig in the Gulf of Mexico.

Speaking at the TEDxOilSpill conference in Washington, Frances Beland of the X Prize Foundation asked the audience of 300, and many more watching the conference’s videostream, “What do you prize?” Beland told CNN after his appearance that the oil-related challenge will probably offer about $3 million in prize money for a cleanup solution.

The X Prize Foundation gained public attention for its X Prize of $10 million awarded for the development of private spacecraft, and the nonprofit foundation has created other prize challenges.

Beland said the foundation wanted to come up with a prize to find a solution to capping the well but found it was unable to obtain enough data to design such a challenge, so it opted to focus on the cleanup.

Beland said 35,000 solutions to the Gulf crisis have been proposed to BP, the government and other organizations, including the X Prize Foundation.

“Every time we have a challenge, you know who wins? It’s not someone from the industry, it’s a maverick, a freethinker.”