Editor's note: Philippe Cousteau Jr. is the grandson of legendary ocean explorer and filmmaker Jacques Yves Cousteau. Philippe heads the nonprofit organization EarthEcho International (www.earthecho.org). Philippe, who has been working in this field for years, is an advocate for the people and the wildlife in the Gulf of Mexico during the oil crisis, visiting the area and learning first hand the impact the disaster has had not only on the ecosystem but on the people who suffer as a result of the catastrophe. Read more about Philippe's background.

I remember my first trip to see the disaster in the Gulf of Mexico. A few weeks after the rig exploded I traveled to survey the spill both above and below the surface. Seeing the impact from the shore as well as being the first one to dive and film the oil spill from beneath the waves was a horrifying experience. Wave after wave of oil/chemical dispersant mix washed over us - a chemical soup that is toxic to countless creatures and still spreading through the Gulf, wreaking havoc on the lives of animals and the livelihoods of people. 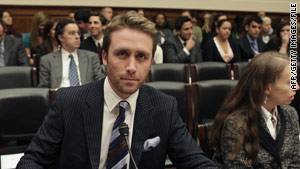 It was made all the worse because less than 18 months earlier, in partnership with the Ocean Conservancy, I had testified in front of the House Natural Resources Committee to address the deficiencies of the laws that govern oil and gas development in the oceans. The echo of that testimony is still haunting me as I have watched the devastation unfold first-hand over the past 70 days.

One of my favorite writers Mark Twain once wrote, "A man's first duty is to his conscience and his honor." There is no honor in this catastrophe, and its consequences are unconscionable. Nor is there honor in the circumstances that created it.

There is a lot of talk in the media about the moratorium the Obama administration recently put in place; but the truth is that a moratorium would not have prevented this tragedy. What I testified about more than a year ago and what is still needed today is to reform and strengthen the existing laws to ensure that they protect ocean health and coastal economies, and that science - not profit - should guide any oil and gas development.

This spill reminds us we are in desperate need of a policy that recognizes that in our ocean environment, everything is connected - from industrial uses to the health of our ocean and the health of the coastal economy. The BP Deepwater Horizon disaster exposes a fundamental flaw in our nation's approach to oil and gas activities in the ocean.

Specifically, we have to do three things:

First, we must reform the way the planning and leasing process happens so that the appropriate environmental analyses are done. Clearly the health of the environment was not taken seriously when disaster response plans named animals such as walrus and polar bear, exclusively arctic species, as some of the ones that would be impacted during a Gulf spill. 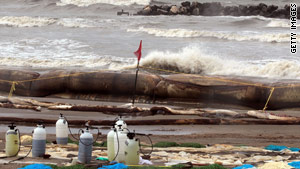 Second, we must ensure that we have both the baseline scientific knowledge as well as the technology to clean up a spill. And we must flat-out prohibit oil and gas activity in important ecological areas, as well as those areas where oil spill containment and cleanup is not feasible, places like the Arctic where floating ice would make the feeble skimming and booming efforts in the Gulf completely futile.

And third, we must ensure that revenue generated by activities that put our oceans at risk, like drilling for oil and gas, are reinvested in protecting, maintaining and restoring ocean health. This would help to combat another problem, namely that we have underinvested in the oceans for decades. The federal budget for space exploration is exponentially larger than the budget for ocean exploration. Knowing if there was ever water on Mars is not critical to life on this planet: Healthy oceans are. This is part of the reason no one knows the long-term impacts of this spill; we don't have enough understanding of the ecosystems and species that inhabit the Gulf in the first place.

June 11 would have been my grandfather's 100th birthday, and I know that both my father, Philippe Sr., and my grandfather would have been covering this story if they were alive, and that they would have been just as horrified by what they saw as I have been. I can only hope that we learn from this and start to truly take the kind of drastic action necessary to begin the decades-long road to recovery.

As my grandfather often told me: History will not only judge us by our mistakes, but by what we do to fix them.

North Korea says its Covid-19 outbreak is improving and it is considering revising its anti-epidemic regulations. cnn.it/3t2czPE
cnni

4:45 am ET May 29, 2022 RETWEET
The world‚Äôs smallest remote-controlled walking robots are more miniscule than the thickness of a United States penntwitter.com/i/web/status/1‚Ä¶WfWa
cnni

4:00 am ET May 29, 2022 RETWEET
Fossils from a flying ‚ÄúDragon of Death‚Äù have been discovered in Argentina, new research revealcnn.it/3wXPiRxTl6b
cnni

3:30 am ET May 29, 2022 RETWEET
Canned cocktails and bolder seltzers are set to dominate summer cnn.it/3MZV7n0
cnni