'Barefoot bandit' to appear in court this week 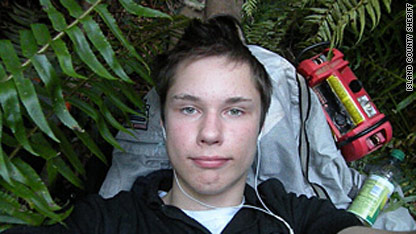 Colton Harris-Moore, 19, was taken into custody after a boat chase, police say.

The former teenage fugitive known as the "barefoot bandit" is expected to appear in court this week after authorities nabbed him in a high-speed boat chase in the Bahamas, police said.

"It is expected that he will appear in court on arraignment later this week to answer to a number of criminal charges," Greenslade said Sunday.

An account of the arrest offered by a spokeswoman for Romora Bay Resort and Marina described a dramatic capture befitting a James Bond film.

A 20-year-old gas station worker was shot and killed after an argument about a face mask. The suspect later gave hiâ€twitter.com/i/web/status/1â€¦2y
cnni