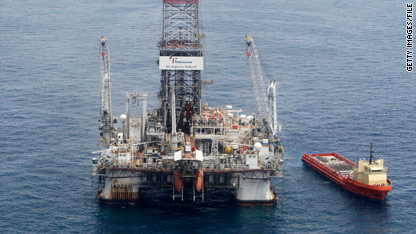 The Interior Department says the moratorium is a chance to learn from the BP spill.

The federal government announced Monday it is issuing a new moratorium on deepwater drilling in the Gulf of Mexico effective until as late as November 30.

A previous six-month ban issued in the wake of the Gulf oil disaster was thrown out by a federal judge. Last week, a federal appeals panel rejected the government's request to overturn the lower court judge's decision. Obama administration officials have repeatedly indicated their intention to reinstate the moratorium since the initial ruling.

The Department of Interior said the moratorium was backed by a record that stated allowing deepwater drilling to continue "would pose a threat of serious, irreparable, or immediate harm or damage to the marine, coastal, and human environment."

The moratorium, according to the statement, allows operators to show they can respond effectively to oil spills in the Gulf.  It will also facilitate an assessment of "strategies and methods" in the event of another deepwater rig blowout, while also allowing for additional "collection and analysis of key evidence regarding the potential causes" of the BP oil spill.