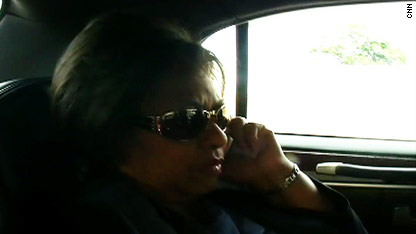 Shirley Sherrod gets her phone conversation with President Obama.

Didn't you get my texts? - President Obama talked to Shirley Sherrod, the ex-USDA employee who was forced to resign this week based on misleading reports that she made racist remarks. Sherrod received a text message Thursday telling her that Obama had been trying to reach her since Wednesday night. Sherrod called the White House and was asked to call back in 10 minutes, and then she was patched to the president for a seven minute unrecorded chat. The conversation went well, Sherrod said. So what happens now? Is this all shaping up to be a teachable moment, or is that too irritating a term? Give Shirley Her Job Back Now! Facebook page is all over that and every other conceivable angle.

Speaking of Facebook, site CEO Mark Zuckerberg's ABC interview was getting tons of clicks. The 26-year-old talked about user privacy on the site which has reached half-a-billion users.

The employees at Facebook seem to be hanging in there while jobless claims jumped higher than expected, underscoring that the economic recovery may not be happening as fast as some thought. Meanwhile, a bill that restores unemployment benefits to 2.5 million Americans passed the Senate and headed to the House where it's expected to pass.

Jobs are a huge issue in the Gulf right now as the Coast Guard and BP struggle to put fix the oil disaster. But BP is again making headlines for allegedly faking another photo. On Wednesday the company admitted to doctoring an official image of its command control center. Thursday Gizmodo reported that BP had faked an image of a helicopter.