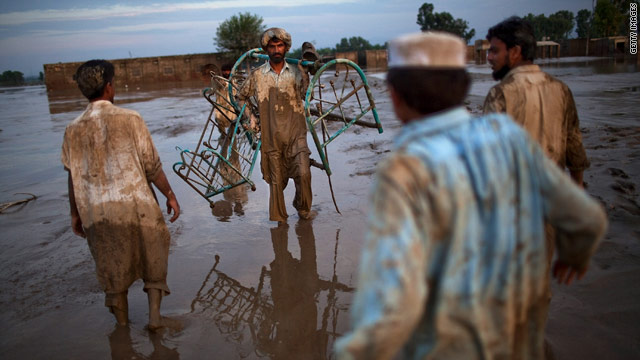 A massive rescue and relief operation was under way Monday in northwest Pakistan as the official death toll from heavy rains that began last week exceeded 1,100, with more rains forecast.

The Pakistani government said 1.5 million people have been affected,
thousands of homes have been destroyed and tens of thousands of people are homeless.

In village after village, especially those next to rivers, buildings were
demolished. One official predicted recovery could take years.

Dr. Israa Seblani was posing in a white wedding gown on the streets of Beirut moments before the blast. cnn.it/30uFFJJ
cnni