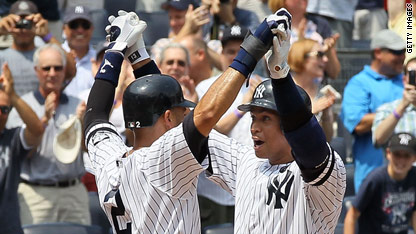 The homer, which landed on the net on top of monument park in Yankee Stadium, makes A-Rod the youngest and the seventh player to join the 600 club.

SI.com: Milestone not what it used to be

The 40-foot container can be transported by cargo ship or truck to any location, to test new ideas or meet seasonalâ€twitter.com/i/web/status/1â€¦1A
cnni

9:00 am ET June 24, 2021 RETWEET
It has never been as hot in Seattle and Portland as it will be this weekend, areas unaccustomed to triple-digit temâ€twitter.com/i/web/status/1â€¦bN
CNNweather