Gov. Arnold Schwarzenegger asked a federal judge Friday to allow same-sex marriages while an appeal over an overturned law that banned them makes its way through the courts.

In his Wednesday ruling, Walker also issued a temporary stay, which stopped his decision from taking effect.

If he lifts his stay, officials in California could immediately be allowed to perform same-sex marriages again. They were able to do so, briefly, before the Proposition 8 ban passed in 2008.

Four bodies found in Maryland home:Â Investigators are questioning at least one person in the deaths of four people found Friday in a debris-filled Maryland home that "gives the appearance of a landfill," the police chief said.

'Birther' Army doctor faces court martial: Charges should be thrown outÂ against the Army officer who refused deployment to Afghanistan because he says President Obama doesn't have the authority to send him, his lawyer said.

END_OF_DOCUMENT_TOKEN_TO_BE_REPLACED

Stocks end lower as job concerns weigh
Â
Stocks closed lower Friday as concerns about unemployment continued to weigh on the market, although all three major gauges ended the week with gains.

Stocks opened lower after a government report showed the tepid pace of hiring in the private sector failed to offset the loss of thousands of public sector jobs in July. The selling gained momentum as stocks fell through key technical levels, with the Dow shedding 160 points in the morning. But the market recovered late in the day to close near session highs.

END_OF_DOCUMENT_TOKEN_TO_BE_REPLACED

The incident occurred between 7 a.m. and 8 a.m. as Ericsson was attempting to become the first man to ski from the summit to base camp, said Schipper, who said he learned of the accident on the world's second-tallest peak in a satellite call from fellow climber Fabrizio Zangrilli.

Ericsson, in his mid-30s, was at a place called the bottleneck, at an altitude of around 8,300 meters (27,231 feet), between Camp 4 (8,000 meters) and the summit (8,611 meters), said Schipper, a Moab, Utah-based climber. He described the bottleneck as a "steep and narrow section with thousands of meters of exposure below."

Police in Flint, Michigan, are investigating 13 stabbings resulting in five deaths since late May that they believed have been committed by one man.

Race may be a factor in the crimes: All of the stabbing victims are African-American and the perpetrator is described by surviving victims as a white male, according to the lead investigator on the case, Lt. Tim Johnson of the Flint Police Department.

"I can't say for sure, but all I can say is that it's an awfully strange coincidence that the victims are all African-American," said Johnson.

The attacker, described by surviving victims as muscular and around 5-foot-11 to 6-foot-2, in many cases first lured his victims to his car by appearing to have car trouble or needing directions. He then began stabbing the victims, all of whom are described as smaller men. In two cases they were people with special needs.

U.S. military personnel are being warned not to log onto the WikiLeaks website to view the tens of thousands of leaked military documents there, saying it could be considered a security violation.

While it is not an official ban, a senior Defense Department official told CNN there is consideration being given to establishing a formal policy.

A Marine Corps e-mail circulating within some offices of the corps notes that personnel are "cautioned" not to access the WikiLeaks site from personal, public or government computers.

The beginning of the end could be little more than a week away for the capped, sunken oil well in the Gulf of Mexico - that is, if the latest timeline for permanently killing the ruptured well holds up.

Retired Coast Guard Adm. Thad Allen, the head of the government's oil spill response, said Friday that BP tentatively expects to intercept the ruptured well through the closer of two relief wells around August 14 or 15.

While the "static kill" that involved pumping mud and cement into the upper part the pipe earlier in the week could potentially plug the well for good, Allen has instructed BP to proceed with a final "bottom kill." That's when more mud and cement will be poured into the well through one of two relief wells. The bottom kill amounts to an insurance policy.

President Barack Obama used an appearance at a small business in Washington to again call on Congress to pass small-business legislation that he says will help strengthen the American economy.

The Small Business Jobs and Credit Act is currently stalled in the Senate.

"It is so important to pass this jobs bill for America's small businesses. That's where most of our jobs are created. And small businesses have been especially hard-hit by the economy," said Obama, speaking at Gelberg Signs.

The bill would authorize the creation of a $30 billion lending fund. The Treasury Department would run the program, which would deliver ultra-cheap capital to community banks, defined as those with less than $10 billion in total assets.

[Updated 6:09 p.m.] Investigators are questioning at least one person in the deaths of four people found Friday in a debris-filled Maryland home that "gives the appearance of a landfill," the police chief said.Â  Read the full story on CNN.com

[Updated 1:17 p.m.] Police were investigating the deaths of four people Friday in a home in Riverdale, Maryland, just outside Washington, according to Prince George's County law enforcement officials.

The bodies of two women as well as one boy and one girl - both under the age of 6 - were discovered shortly after authorities responded to an assault complaint between 2:45 and 3 a.m., Police Chief Roberto Hylton said.

The victims may be from Congo, he said.

Hylton said police are in the process of interviewing several "persons of interest," and do not believe the crime was random.

The crime "appears to be personal in nature," he said. The individual responsible for the crime "may be known to the victims," and "that's the theory we're proceeding on." But we're "not going to speculate as to the motive."

Hylton described the crime scene - located in a living space above a house's garage - as "horrific."

"No human being should have been living" there, he said, noting that there was no running water, air conditioning, or toilets. "There's trash and garbage" everywhere, he said.

END_OF_DOCUMENT_TOKEN_TO_BE_REPLACED 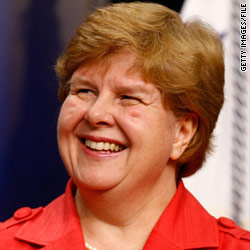 The head of President Obama's Council of Economic Advisers will leave her post to return to teaching at the University of California, Berkeley. She will continue to serve as a member of the presidentâ€™s Economic Recovery Advisory Board.

Romer co-authored the Obama administration's plan to recover from the 2008 recession. She was a huge supporter of health care reform and Obamaâ€™s stimulus plan. She is one of his principal economic advisers, and the two meet almost daily. Her resignation is effective September 3.

Romer had expressed an interest in returning to California once her son starts high school in the fall, Obama said in a statement.

"Christy Romer has provided extraordinary service to me and our country during a time of economic crisis and recovery," Obama said. "While Christy's family commitments require that she return home, I'm gratified that she will continue to offer her insights and advice as a member of my Economic Recovery Advisory Board."

END_OF_DOCUMENT_TOKEN_TO_BE_REPLACED

Forecasters said the storm is likely to regain some strength later in the day and Saturday.

Colin was "meandering" east-northeast at 7 mph Friday, the hurricane center said. Forecasters predicted the storm would veer northward later Friday, bringing the center just west of Bermuda on Saturday or Saturday night. However, even a slight deviation to the east of the forecast track could bring Colin's center directly over Bermuda, warned the hurricane center.

A tropical storm warning is in effect for the British island territory 380 miles north-northeast of the storm, meaning tropical-storm-force winds of 39 to 73 mph are expected in the next 36 hours.

The storm is not forecast to make landfall in the United States.

11:55 am ET - Obama talks economy -Â President Obama will make remarks on the economy and comment on the July employment numbers at Gelberg Signs, a small business in Washington that is currently hiring new workers.

An update from the CNN newsdesk in London on the stories we're following on Friday:

Zardari meets Cameron - Pakistanâ€™s President Zardari meets British PM David Cameron today at Cameronâ€™s official country residence, Chequers. The meeting comes in the wake of a diplomatic spat between the two countries prompted by comments made by the British PM about Pakistan promoting the export of terror. The fight against terrorism, aid for flood victims and economic relations are due to be on the agenda.

Moscow smog - Just when things couldnâ€™t get any worse for Muscovites, temperatures are set to reach 40 C on Friday with heavy smog set to descend upon the city. Smoke from forest and peat fires, mixed with general city pollution means that the smog has turned toxic, raising health fears for the cityâ€™s population.