"Extreme case of neglect": Police responding to a call of a domestic dispute at a Marietta, Georgia, house on Monday encountered a shocking scene: A 5-year-old girl weighing nearly 160 pounds, her teeth rotting, her skin covered in spider bites. Her 4-year-old sister was lying on a filthy mattress, wearing only a urine-soaked diaper. The children are now in state custody. The parents are in trouble.

10 'vices' that do you good: Admit it, you thought that daily cup of Joe was killing you, right? Turns out it may help with lowering the risks for dementia and Alzheimer's. How cool is that? Well, it depends on how you feel about the other nine good "vices."

"Fagetaboutit" may be a great password: You know that nonsensical eight-letter password that you thought was so ingenious and hacker-proof ? Fagetaboutit.  The 12-character era of online security is upon us, says a report published this week by Georgia Tech.

Florida officials probe maritime whodunit: A $550,000 gold bar that had been on display in a maritime museum for 25 years vanished in a matter of minutes Wednesday as two thieves grabbed it and walked out, authorities say. Police and FBI officials in Key West, Florida, are trying to identify the two men, captured on video, who walked into the Mel Fisher Maritime Museum gallery room.

Egg recall reaches half billion: The number of eggs recalled in a nationwide salmonella scare has grown to more than half a billion. Iowa egg producer Hillandale Farms is voluntarily recalling some 170.4 million eggs distributed to stores and companies that service, or are located in, 14 states, a spokeswoman at the Egg Safety Center said on Friday.

The Centers for Disease Control and Prevention said 1,953 cases of salmonella enteritidis had been reported between May and July, but it couldn't say how many cases were attributable to this particular outbreak. 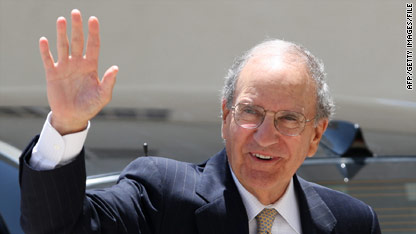 According to an extensive profile from The Washington Post’s Whorunsgov website, Mitchell stepped down as Senate majority leader in 1995 to secure universal health care. Previously he had turned down an offer for a Supreme Court nomination from President Clinton. He did, however, accept Clinton’s offer to be a special envoy to Northern Ireland in 1996. He later described the process as “700 days of failure, and one day of success.”

END_OF_DOCUMENT_TOKEN_TO_BE_REPLACED

Closed signs went up at California agencies Friday as a mandatory furlough went into effect for government employees in an effort to resolve the state's $19 billion budget deficit.

Gov. Arnold Schwarzenegger, according to the governor's office, ordered state workers to take three unpaid days off per month until a new budget is in place and the Department of Finance certifies that California has enough cash to meet its financial obligations through the end of the fiscal year.

The furloughs were to have started August 1 but were temporarily blocked by a lower court decision. But Wednesday, the state Supreme Court allowed the furloughs to resume. 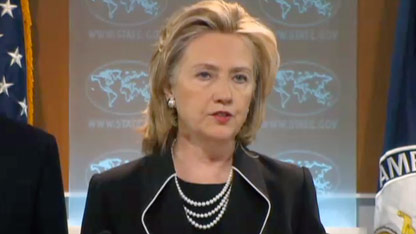 "Enemies of peace" may try to derail negotiations between Israel and the Palestinian Authority, Secretary of State Hillary Clinton said in announcing that the two sides will hold direct talks.

The talks, slated for September, will be the first since 2008, when negotiations broke down over Israel's three-week offensive against Hamas in Gaza.

President Obama is inviting both sides to Washington next month, and the parties have agreed to finish the talks within a year, sources said. Obama has also invited Russia, Egypt, Jordan, the European Union and the U.N. to participate.

Arrest made in slaying of Mexican mayor

Police have made an arrest in the abduction and killing of a Mexican mayor this week, Gov. Rodrigo Medina de la Cruz said.

Santiago Mayor Edelmiro Cavazos Leal was found Wednesday, two days after his abduction in the border state of Nuevo Leon, just over the Texas border.

According to the news agency Notimex, Cavazos' blindfolded and handcuffed body was found on the side of a road leading to a tourist attraction.

Nuevo Leon has been the site of frequent drug violence, especially around the capital, Monterrey. More than 28,000 people have been killed since President Felipe Calderon announced a crackdown on cartels in December 2006. 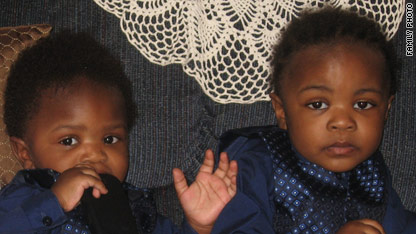 Ja'Van, left, and Devean Duley will be laid to rest Friday.

Toddlers to be laid to rest - A funeral will be held for Ja'Van, above, left, and Devean Duley, the 1- and 2-year-olds found dead in the Edisto River near Orangeburg, South Carolina. The boys' mother, Shaquan Duley, 29, is accused of smothering them, putting them into car seats and sinking the car into the river.

"This Just In" editor Mallory Simon and CNN.com associate producer Sean O'Key are on the ground in Orangeburg. The pair went to the Trumps Inn and took a look at Room 31, where the boys were allegedly killed. Motel manager Renu Patel, a mother herself, told Simon the room hasn't been cleaned since police searched it. Patel and her staff can't bear to go inside, she said.

'Clef for prez? - Hip-hopper Wyclef Jean will learn Friday if he eligible to run for president of Haiti. Jean said even if he is not permitted to run, he will continue to rally Haiti's youth for education reform. On Thursday, President Rene Preval met with Jean to discuss threats made against the entertainer since he declared his candidacy.

Aussies to cast ballots - Pollsters are predicting a dead heat in Saturday's elections to determine the next Australian leader. Prime Minister Julia Gillard of the left-of-center Labor Party told a local television station there is "a very, very real risk" her conservative opponent, Tony Abbott, could win.

Mideast peace talks could resume - U.S. Secretary of State Hillary Clinton is expected to announce that the Palestinian Authority is prepared to return to the table with Israel. Sources said President Obama could invite both parties to Washington next month. The peace talks have been deadlocked since December 2008 after Israel launched a military offensive against Hamas in Gaza.

END_OF_DOCUMENT_TOKEN_TO_BE_REPLACED

An update from the CNN newsdesk in London on some of the stories we're following on Friday:

Al Megrahi anniversary - It’s been a year since the convicted Lockerbie bomber, Abdelbeset Ali Mohmed al Megrahi, was released from a Scottish prison on humanitarian grounds, with doctors saying he had terminal cancer and only three months to live. One year later, that decision, made by the Scottish government, is under intense scrutiny, and U.S. senators want to launch an investigation into claims that BP and British business interests had a bearing on that decision.

Iran nuclear power - Iran's first nuclear power plant at Bushehr will be officially opened on Saturday at 0200 ET.   The Russian agency building the reactor says that means this is the physical launch, and the construction site becomes a nuclear installation. It will still be months before the plant is fully operational.

END_OF_DOCUMENT_TOKEN_TO_BE_REPLACED

Authorities have captured an Arizona prison escapee and an alleged accomplice who have been on the run since late last month, the Arizona Department of Corrections said late Thursday.