At least 6 people have been killed and two dozen injured in a shooting at a Fourth of July parade in a Chicago subu‚Ätwitter.com/i/web/status/1‚Ä¶PE

At least five people killed and 16 others taken to the hospital in shooting at July Fourth parade in Illinois, offi‚Ätwitter.com/i/web/status/1‚Ä¶NI

A "major gun battle" between drug traffickers and Mexican federal police
broke out Saturday evening in Juarez, Mexico, just 30 yards from the U.S.
border at El Paso, Texas, according to a U.S. Border Patrol spokesman.

Darby Holladay, a State Department duty officer, said the civil settlement was reached Wednesday for 288 violations between 2003 and 2009, when the company personnel were guarding U.S. staff overseas.

Egyptian authorities have recovered a stolen painting created by Vincent Van Gogh, nabbing the suspected thieves just moments before they were to board a plane and flee the country, according to Egypt's official news agency, MENA.

[Updated 10:40 a.m. ET]¬ÝThe final outcome of Australia's national elections could be in the balance for several days as results from Saturday's polling were "too close to call,"¬Ýsaid Prime Minister Julia Gillard, the Labor Party incumbent, in an address Saturday night to her supporters in Melbourne.

Opposition candidate Tony Abbott told cheering supporters Saturday night that his Liberal-National coalition "was back in business" after voting in Australia was too close to call a winner. "The Australian people have responded to the policies we took forward to the election," Abbott said.

[Updated at 7:57 a.m. ET] Polls closed Saturday in Australia's federal election, a hotly contested race that will decide the next leader of the country.

With more than 63 percent of the votes counted, the Labor Party of Prime Minister Julia Gillard was leading with 51 percent of the vote, while the Liberal-National coalition of Tony Abbott had 49 percent, according to results posted online by the Australian Electoral Commission. 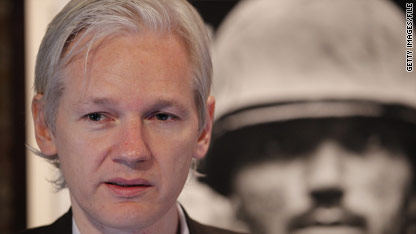 END_OF_DOCUMENT_TOKEN_TO_BE_REPLACED

[Original post] The founder and editor of the whistle-blowing website WikiLeaks, Julian Assange, is wanted in Sweden after accusations of rape and molestation, a spokeswoman for the Swedish prosecutor's office told CNN Saturday.

Spokeswoman Karin Rosander said Assange was arrested in absentia Friday night, and faces charges in relation to two separate instances, but she didn't have more detail about when the alleged crimes occurred or who the alleged victims are.

Assange denied the allegations in a posting Saturday on the WikiLeaks Twitter page, saying, "The charges are without basis and their issue at this moment is deeply disturbing."

END_OF_DOCUMENT_TOKEN_TO_BE_REPLACED

1:07 pm ET July 5, 2022 RETWEET
More from police: Crimo had two guns. Another rifle found in car. Handguns found where he lived. They say he planne‚Ätwitter.com/i/web/status/1‚Ä¶hP
susancandiotti

1:07 pm ET July 5, 2022 RETWEET
More from police: Crimo had two guns. Another rifle found in car. Handguns found where he lived. They say he planne‚Ätwitter.com/i/web/status/1‚Ä¶hP
susancandiotti