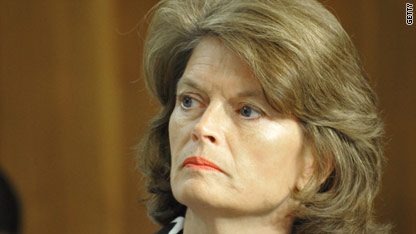 According to unofficial results from last Tuesday's primary, Sen. Lisa Murkowski trails attorney Joe Miller by 1,668 votes, in what could turn out to be the biggest upset so far this cycle. Absentee ballots had 10 days domestically and 15 days internationally to arrive through the mail as long as they were postmarked August 24, the day of the primary.

Officials at the Alaska Division of Elections tell CNN that as of Sunday 15,720 absentee ballots have been returned. Absentee ballots continue to arrive by mail.

Also waiting to be counted are 663 early votes, ballots which were cast in pre-primary day voting. Add to that 9,117 "questioned" ballots, which may or may not be counted. Some may be disqualified by a panel of election officials for irregularities. Most of these votes are expected to be cast in the Republican primary, but some may be intended for the Democratic contest.

7:27 pm ET September 20, 2021 RETWEET
The full moon known as the harvest moon will rise this evening, two days before the autumnal equinox this year. cnn.it/3lF3bNA
CNNweather

7:02 pm ET September 20, 2021 RETWEET
Tropical Storms Peter and Rose remain over the open Atlantic waters, but itâ€™s the unnamed storm behind them that matwitter.com/i/web/status/1â€¦8HQU
CNNweather