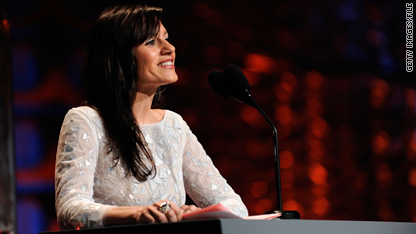 Songwriter Kara DioGuardi is stepping down from her role as a judge on "American Idol" after two seasons on the popular Fox talent contest, the network said in a statement Friday evening.

"I felt like I won the lottery when I joined 'American Idol' two years ago, but I feel like now is the best time to leave Idol," DioGuardi was quoted as saying in the statement. "I am very proud to have been associated with American Idol - it has truly been an amazing experience."

The network did not provide a reason for DioGuardi's departure, which comes on the heels of comedian Ellen Degeneres' exit from the judging table. Simon Cowell, known as the show's harshest critic, also abandoned his judging post this year to take up the reins of his new show, “The X Factor.”

"Kara is one of the world's best songwriters," Idol creator and executive producer Simon Fuller. "She has been passionate and committed to Idol over the last two seasons. I will miss having her on the show, but I look forward to working with her in music for many years to come."'