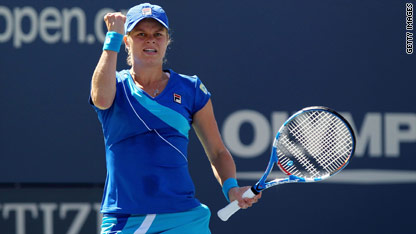 It’s only one game, but the conversation is sure to begin. No. 3 Boise State has its sights on becoming the first team from outside the power conferences to play for college football’s national championship in the BCS era.

The Broncos opened their potentially historic quest in typical Boise State fashion, writes SI.com’s Stewart Mandel, stringing together a game-winning drive in the final minutes as they beat No. 10 Virginia Tech 33-30 in Landover, Md.

With college football’s opening week in the books, all eyes will be on the U.S. Open, baseball’s pennant races and soccer. Here are a few highlights, all times Eastern.

Samantha Stosur vs. Kim Clijsters, U.S. Open quarterfinals (7 p.m., ESPN). Clijsters, the defending champion, is seeking a breakthrough. She has made it to the final weekend of two Grand Slam events this year, but has yet to win. Belgium's star will look to make the semifinals as she faces Stosur, the fifth seed, who Clijsters is 3-0 against all-time.

White Sox at Tigers, (7:05 p.m., WCIU, FS-D). Chicago hasn’t los since hitting the road a little more than a week ago. The White Sox will go for their ninth straight win as they head to Detroit and they’ll try and eat into the Twins’ 3 1/2 –game lead in the AL Central.

Braves at Pirates (7:05 p.m., SPSO, FSN). The pressure is on the Braves, who saw their NL East advantage over the Phillies shrinks. Atlanta will try and build a cushion with ace Tim Hudson on the mound. The last time he faced Pittsburgh he threw eight innings of shutout ball, allowing just three hits.

14 – The Yankees’ Alex Rodriguez notched his record 14th 100-RBIs season as he homered in drove in two runs in New York’s 4-3 loss to the Orioles. A-Rod had previously been tied with Babe Ruth, Lou Gehrig and Jimmie Foxx, who all had 13 100-RBIs seasons.

10 – The NL West-leading Padres ended their 10-game losing streak with a 4-2 victory over the Dodgers. Despite the slide, San Diego remains one game ahead of the Giants in the division race.