The captain’s picks are in – and, for once, Tiger Woods isn’t the biggest story. 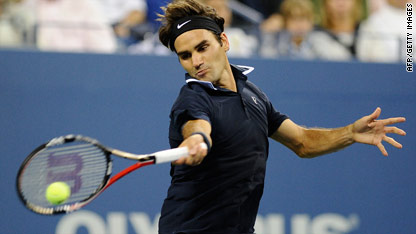 Tonight Roger Federer looks to beat the Robin Soderling, the man who knocked him out of the French Open this year.

United States Ryder Cup captain Corey Pavin announced yesterday his final four selections for the 2010 team, causing a bit of an uproar in the gallery, but not amongst the experts at Golf.com. Tiger Woods was obvious. Stewart Cink and Zach Johnson were experienced favorites. And Rickie Fowler was, well, a bit unexpected.

"It came down to a feeling," Pavin explained yesterday in a press conference at the New York Stock Exchange. "I have a good gut feeling about Rickie."

The four chosen ones will join the eight automatic bids at Celtic Manor, Wales when the U.S. takes on the European side on Oct. 1-3. The quartet has combined for just one win this season – Johnson’s first-place finish at the Crowne Plaza Invitational – and will likely be what the Americans’ success hinges on. Fowler, 21, is a PGA Tour rookie and ranked 32nd in the world. If the Ryder Cup itself wasn’t enough, he’ll have some extra motivation in showing people why Pavin picked him over Anthony Kim (16th) and others.

With the tournament still weeks away, let’s narrow our focus to the immediate future. Here’s what is going on today in the sporting world (all times Eastern):

55 – Points Team USA beat Angola by on Monday in the first round of elimination play at the FIBA World Championships. The U.S. resumes action Thursday in the quarterfinals against Russia.

1/2 - Games the Philadelphia Phillies lead the Atlanta Braves in the NL East after defeating the Florida Marlins on Wednesday, 8-7. The Braves surrendered their long-held division lead last night after losing to the Pittsburgh Pirates, 5-0.

91 – Years the NFL has been in existence. The league kicks off its 2010 campaign Thursday. SI.com’s Peter King provides his predictions for the year in his Monday Morning Quarterback Mailbag.