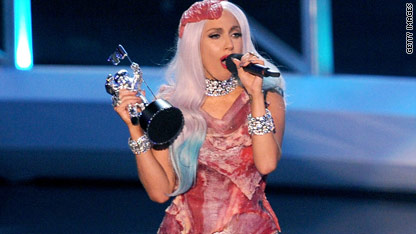 For the old - the real, real, old - we turn to Agatha Christie. Well, she would have been old, 120 in fact, if she were still alive today to celebrate her birthday. Google's UK homepage is celebrating the birthday with the ultimate tribute - a Google Doodle all her own - and fans around the world are talking about her best works.

And while we celebrate the best of the queen of crime novels, we look forward towards the big changes to what's being dubbed #newtwitter. Twitter's 145 million users will soon be able to embed photos and video clips into their 140-character-long tweets, the company announced on Tuesday as it unveiled one of its first major revamps. And while the features are slowly being rolled out and not everyone has access to them yet, that's not stopping those 145 million people from weighing in on the changes.

Now we move from the social media service itself, to one of the most talked about people on it - and no, it's not Bustin Jieber, or any other concoction of the teen star's name. It's Lady Gaga herself. Days after the MTV Video Music Awards, she and her Meat Dress are still trending with no end in sight. The dress, made entirely out of meat that designer Franc Fernandez borrowed from his family butcher,is still drawing big attention. Whether its stars weighing in on whether they support the move, Gaga explaining that the dress was more a statement about our freedoms than any vegan type of debate, or everyday readers commenting on how ridiculous they still think it is - if nothing else it's an impressive stay on the trends for Gaga, even if her outfits always do surprise.

And from the biggest pop star, to perhaps one of the women who'd like to garner that same kind of attention, we have Michaele Salahi back in the news - and no, this time it has nothing to do with her crashing an event or her reality TV goings-on. It's still about self-promotion, but this revelation has some of her biggest critics absolutely blue in the face.

The latest details on one of D.C's most hated/loved housewives comes in old fashion book form, and like everything else Salahi-related it too is making news. Most of the chatter surrounds the news that Salahi suffers from multiple sclerosis, according to the new book. Salahi's wafer-thin frame has often prompted rumors of anorexia, including from her castmate Lynda Erkiletian in the Bravo reality show, "The Real Housewives of DC." However, according to the book, the 44-year-old has suffered from multiple sclerosis for nearly 17 years.

These Egyptian sisters created an affordable water heater that uses only the power of the sun. It could be a game câ€twitter.com/i/web/status/1â€¦VX
cnni

3:33 pm ET January 24, 2022 RETWEET
Up to 8,500 US troops have been put on heightened alert for a possible deployment to Eastern Europe as Russian trooâ€twitter.com/i/web/status/1â€¦1T
cnni