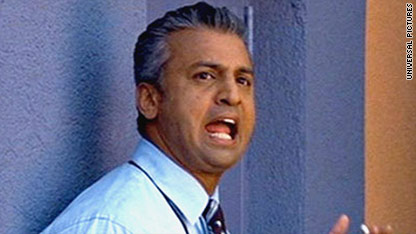 Shelley Malil testified that he stabbed his girlfriend by mistake in 2008.

An actor who appeared in "The 40-Year-Old Virgin" was found guilty Thursday of premeditated attempted murder in connection with the 2008 stabbing of his girlfriend in California.

Shelley Malil, 45, sat virtually motionless next to his attorney as the verdict was read in a courtroom in Vista, California.

Malil also was found guilty of assault with a deadly weapon, but he was found not guilty of burglary.

Authorities said he stabbed Kendra Beebe 20 times at her home in San Diego County, California, while she was visiting with a male friend. Malil testified that he stabbed Beebe in the dark by mistake, thinking he instead was defending himself against her friend, who he thought was attacking him, according to People.com.

Sentencing will take place at a later date.

In "The 40-Year-Old Virgin," Malil played Haziz, a co-worker of the main character, who was played by Steve Carell.