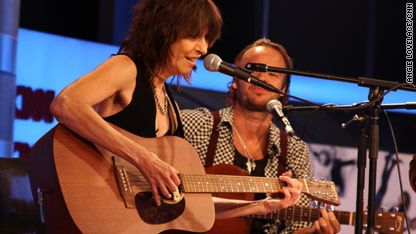 Former "Pretender" Chrissie Hynde tells CNN's Kyra Phillips that J.P. Jones "seduced" her with his singing and songwriting. The collaboration between the two, who are almost 30 years apart, led to a romantic relationship and the formation of "J.P. and Chrissie and the Fairground Boys," whose new album, "Fidelity," is earning accolades from critics and fans.

Watch "J.P. and Chrissie and the Fairground Boys" play on CNN